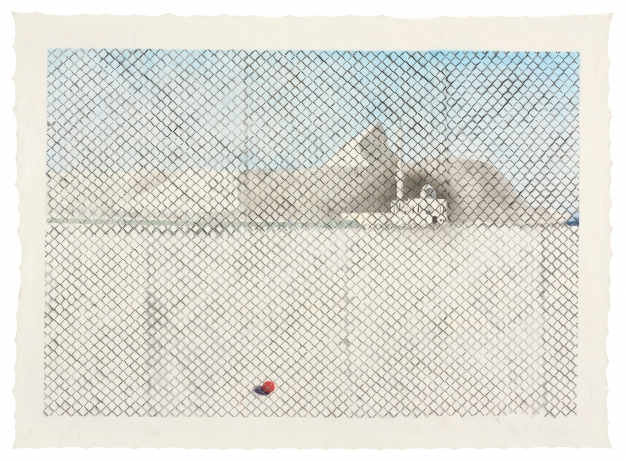 Behind the fence of private reasons

The general public is already familiar with the big projects of Eglė Ridikaitė, such as Haunting images (2005−2008), Heritage. Grandma's Scarves (2011−2014), and You Came, You Saw, You Left: Cultural Floor (2013−2017), which turn into research, documents and museum exhibitions as a result of a conceptual choice of a subject. Even though the series Heritage. Grandma's Scarves talks of certain personal experiences, the artist’s sentimental and personal relationship with her grandmother (the artist paints exact images of her late grandmother’s scarfs with the help of aerosol spray paint and comments on occasions when she wore them) reveals also modern day historical and cultural changes. At the same time, the simple object of art speaks of an entire past epoch. Haunting Images seems to be of an even more private type, because it depicts images of the artist’s flat. However, fragments of Soviet interior with details that are easily recognisable to many – cupboard, chandelier, mat – look like a generalised map of the past period. They look like objects that have been carefully selected to document this period in time. The same could be said of the colourful tile floor from stairwells which are also an important element of the architectural history of Vilnius. You would not say that these works are free of the artist’s emotions, but rather her emotions here are hidden behind the sparing image, shine through the artist’s comments, annotations and the title.

Aerosol spray paint is an exceptional feature of Ridikaitė’s painting. The artist cuts stencils for her paintings herself without trusting it to the computer. Human ‘error’ makes her artwork both unitary and becomes the equivalent of her individual dab.

In addition to her major series, Ridikaitėcreated a number of individual artworks (Another Hare, 2011, 1:1, 2012–2013, Another Land, 2013, etc.), small series and diptychs (For B. K., 2008–2009, The Things the Movie Sees, 2009, The Things I Used to Overlook Before, 2009–2010, etc.). One may say that these ‘foundlings’ often go unnoticed despite the fact that they are presented as part of group exhibitions and remain in the shadow of the big projects by the artist. Even though it is much more difficult to discern the connecting line between them, they portray the author’s emotion much more openly: her son with the mask of a hare looking out of the window of a standard flat, toys ‘sitting in a meeting’, Ridikaitė’s works that got stuck in the customs office in Moscow for many years and were retrieved only as a result of paying quite a bit of money, and a cricket ball behind a mesh fence (Europa, 2008–2009).

‘Gibraltar,’says the author when speaking about the latter. This territory at the shore of the Mediterranean Sea is part of Great Britain. There is a mosque in the background. A moment ago newcomers from Africa were playing the stylish game of cricket behind the mesh fence. This painting has a twin brother: another painting portraying monkeys sitting at the same mesh fence.

Certainly, Europe is not the only place with fences: every single one of us has their own fences. It is just that not all of us dare to show them.

Ridikaitė’s paintings on the topic of Gibraltar remind of boring travel photographs or personal notes. The artist has created an entire series of such ‘daily notes’. I cannot pinpoint the magic that turns this nullity into important narratives summing up the present and the past when in the hands of the artist. Why does the mere mesh fence of a playground all of a sudden start speaking about the new Europe which is not necessarily nice and lies closed behind an invisible mesh protecting it from a conquest by strangers? Nonetheless, this work, just like many others, first and foremost swamps the viewer with its private reasons. A mesh fence always has several meanings. The dreary feeling of living in captivity appears first. Certainly, Europe is not the only place with fences: every single one of us has their own fences. It is just that not all of us dare to show them. 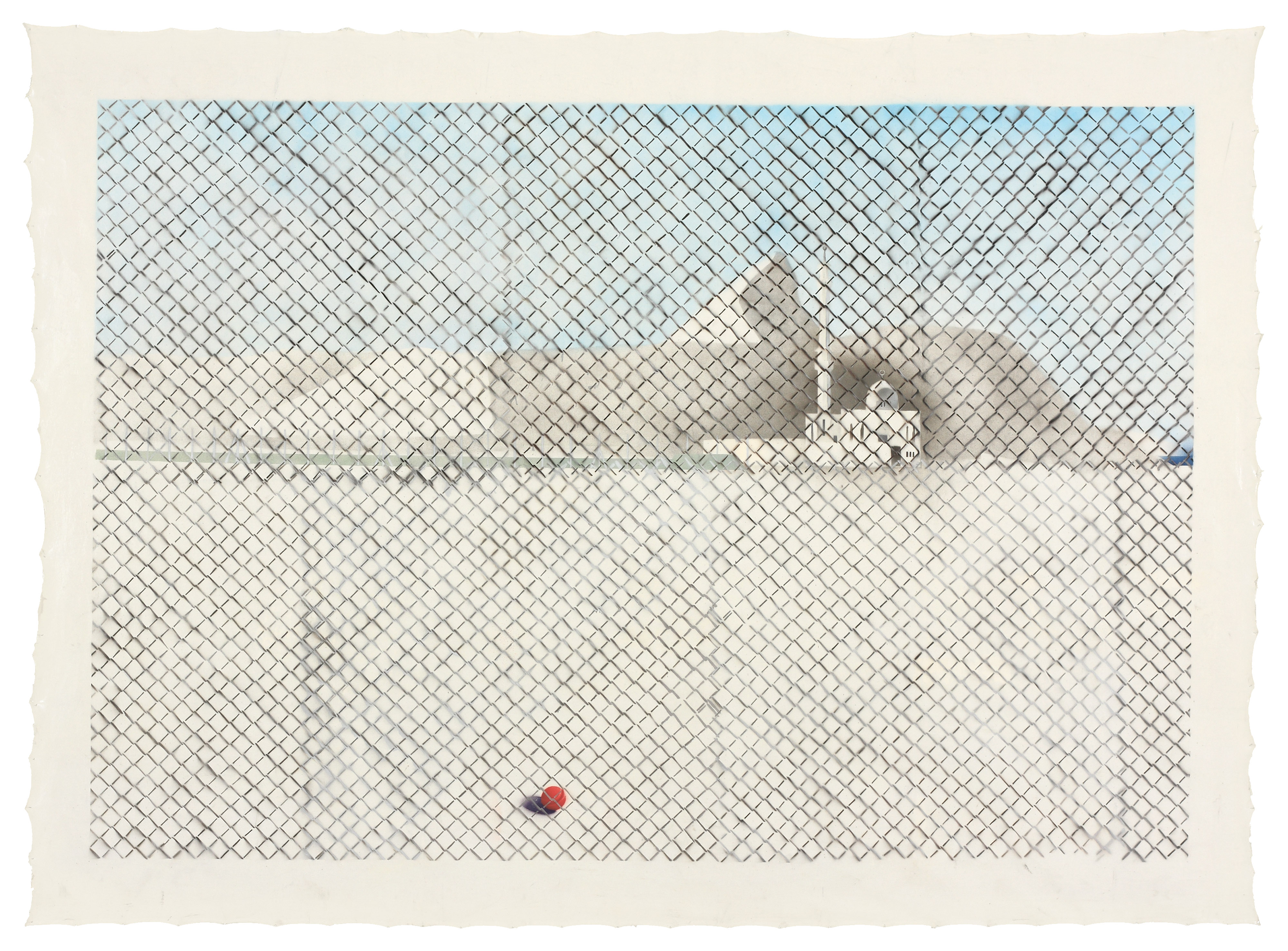