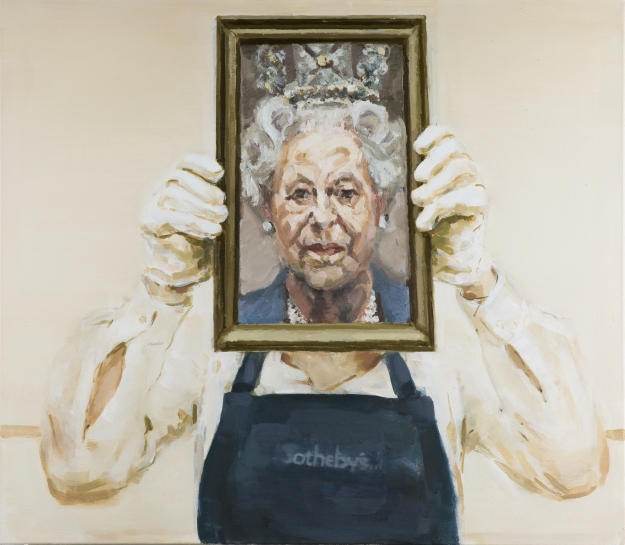 The afterlife of painting is not boring at all

What should a painter do after his best portraits, landscapes and still lifes have already been painted? Those who create artwork for interiors are called craftsmen, and this is not quite the same as being a Velázquez, Rembrandt or Cézanne. What should a painter do when for the recent century photography has been successfully immortalizing everything and modern-day apps are capable of turning even children’s drawings into something overly spectacular? Even more so nowadays where all textbooks claim that the art of painting died back in the 1960s. We can do nothing but keep calm: the afterlife of painting seems to be even more interesting, because it reminds of the final stage of a chess match where only very few moves are left and only real talents are capable of finding that one additional solution. This tension created by the impossible is what makes the new way topical and especially heady. One such example is the artwork created by Lithuanian painter Eglė Karpavičiūtė (born 1984).

First, the artist attracted everybody’s attention by painting the exhibitions of paintings by other artists. Paintings end up being portrayed in other paintings: an exhibition in an exhibition as if you are caught up in an infinity of mirrors with no palpable image, but the structure of thought alone. The question ‘what did the author mean to portray?’becomes irrelevant, because at first the viewer is kept busy sorting out which of the realities is more realistic and then finally should go to the next question, which is ‘what is image and what is the concept of an image?’Painting has always been inseparable from this question. What is real? How can an image deceive? Is the painting of a saint live? Sometimes paintings burst into real tears, etc. In other words, exhibitions painted by Karpavičiūtėexplore various forms of viewing and showing, get closer to the very nature of painting, even though from the visual point of view they seem to be far away from Ancient Greeks who competed among themselves about who would paint the most realistic picture of grapes.

Moreover, Karpavičiūtė painted not just any exhibitions, but those of other painters (Luc Tuymans, Gerhard Richter), who too are players in the same chess game. They also analyse the image and doubt its ability to overlap with the truth and do it all with the help of plastic means.

Painting celebrities is often a way to earn additional points, but this is not the case with Karpavičiūtė. It seems that the artist is more interested in how much negation and transformation an image can bear. For example, recently Karpavičiūtė’s work Painted Performance ‘Anthology of Meaningfulness’ by E. Jansas (quintyque, oil on canvas 77 x 95, 2011) became part of the National Gallery of Art Collection. The work depicts an artist in action portrayed in several separate shots (2003, 1 min. 20 sec.): the author of the performance shown in a gallery ties a rope around his ankle and runs as fast as he can to fall at the point when the rope becomes too short to allow him to run further. The moment the performer falls he stands up and repeats it all over again. In one of the five parts of the artwork Karpavičiūtėpainted a TV screen showing the way Jansas’performance is presented to the viewers.

Thus, before reaching our sight, the initial image has to pass three thresholds: to be captured by a video camera, then displayed in pixels on a TV screen and only then to be painted in brushstrokes on canvas. The existential, elemental bodily laceration, which is painful even to look at, is reproduced already decontaminated. In the process nature becomes culture, which allows for a calm discussion about the behaviour, form, structure, history and philosophy of images. This is kind of worrying and it should be.

Karpavičiūtė’s artwork shows that culture can be absolutely indifferent to real life. It can deconstruct reality and put it back together to form a single piece of art, which is both ironic and cynical. However, if not for culture, we would all have gone mad a long time ago, because all these sad songs and reproduced images, including all other artistic actions, are nothing more than a partially digested reality. It has not been negated yet, but attempts are made to manage it. It is not a mere dump of psychological effects, but a landfill equipped with sorting and recycling equipment.

One may say that the post mortem life of the art of painting is spinning around painting itself with all of its aspects included. For example, the art collection of the Lewben Art Foundation includes a seemingly simple work by Karpavičiūtė, Untitled(oil on canvas, 70 x 80, 2016), which waves around with a touch of irony in at least three different directions that can be briefly labelled as ‘paintings and auctions’, ‘dignity and selling out’and ‘reality and illusion’. The painting portrays a fictitious moment from the life of a Sotheby’s auction where a portrait of Elizabeth II, the Queen of Great Britain, by Lucian Freud is being sold. One of the staff at the auction is holding the portrait in their hands, but we do not see their face which is blocked by the realistic portrait of the monarch, which seems to become part of the employee’s body and in a way is selling itself. Here, the Queen, despite being painted (two times), looks very real. Again there is a painting within a painting and the surrounding environment in which it is displayed or where it lives. Moreover, all that is portrayed in the painting constitutes an exciting moment for the painter: the Queen’s commission, the famous Freud and the moment of selling a painting. All these constituent parts create the feeling of the culmination in a thriller.

Please note that the situation with art will only get ‘worse’with time... More and more knowledge will be required. We do not watch a sports game without learning the rules first. Certainly we may simply watch the jumping, pushing, running or falling figures for a mere aesthetic purpose, but we will start shouting with joy only when we understand the ‘what’and the ‘how’of the game. Painting, art and the rest of culture in general may span over a wide variety of fields and start doing the sorting there. Let it work deep down inside, be it living or dead. 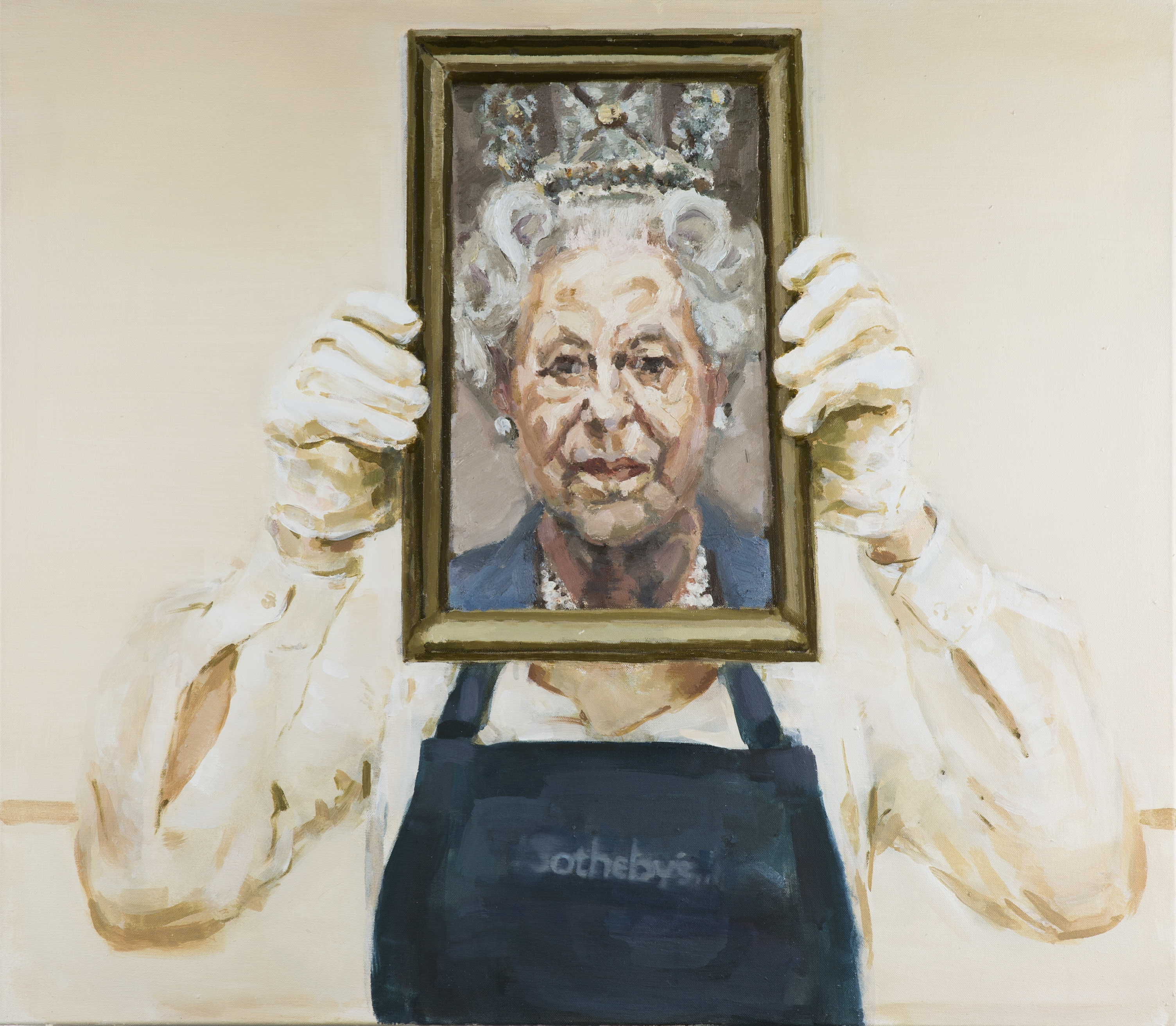