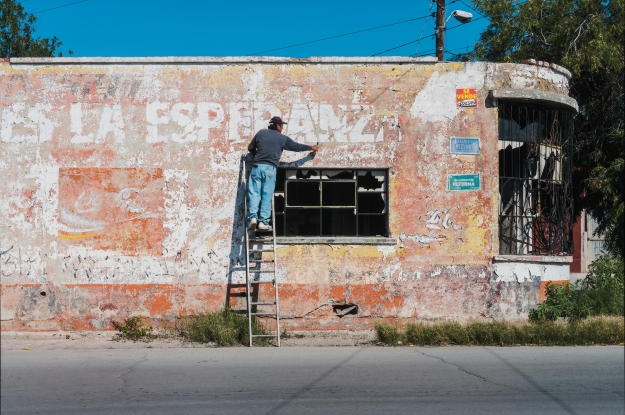 Teresa Margolles (born in 1963 in Culiacan in the state of Sinaloa, Mexico; lives and works in Madrid) is a visual artist who explores the social causes and consequences of death, destruction, and civil war. She is noted for creating works of art which focus on the themes of violence, gender, and alienation. Her work criticises a social and economic order that makes certain violent deaths something normal. It breaks social and artistic conventions and underlines the government's complicity in the instigation of violence and the spawning of poverty.

Working individually and through the SEMEFO collective (Servicio Médico Forense) founded in Mexico City in 1990 and active for a decade, Teresa Margolles is among the artists who have dealt most with the theme of the brutality of the war between drug traffickers and the police in the Federal Republic of Mexico. From her works there emanates a firm condemnation of violence and its effects on the families of the victims, on communities, and on urban life.

She has developed a unique, restrained language in order to speak for her silenced subjects – victims written off as ‘collateral damage’ and nameless statistics.

La Esperanza (‘hope’) shows the actions of a used car dealer the artist met in the centre of Ciudad Juarez city in Mexico. Teresa Margolles asked him to mark with a metal instrument the outlines of the word ‘hope’ (‘LA ESPERANZA’) painted on the facade of an abandoned grocer’s shop like a spectral reminder of the missing owners.

In mythology, hope was the last evil to remain in Pandora’s Box, as Friedrich Nietzsche notes in All Too Human: A Book for Free Spirits. Yet Christian philosophy sees hope, like faith and love, as a theological virtue which enlightens the human mind and is linked to salvation. Such ambiguity comes out in the photograph, where it is impossible to say whether the man on the ladder is writing or erasing the letters spelling out the word hope.

Among the many exhibitions in which she has taken part, of special note are the Dallas Biennial (2017), the Biennial of Bolivia (2016), the Migros Museum für Gegenwartskunst in Zurich (2014), the Centro de Arte Dos de Mayo in Madrid (2014), the Museo de Arte Moderno in Mexico City (2011), the Museion in Bolzano (2011), the Kunsthalle Fridericianum in Kassel (2010), the Los Angeles County Museum of Art in Los Angeles (2010), and the Mexican pavilion at the Venice Biennale (2009). 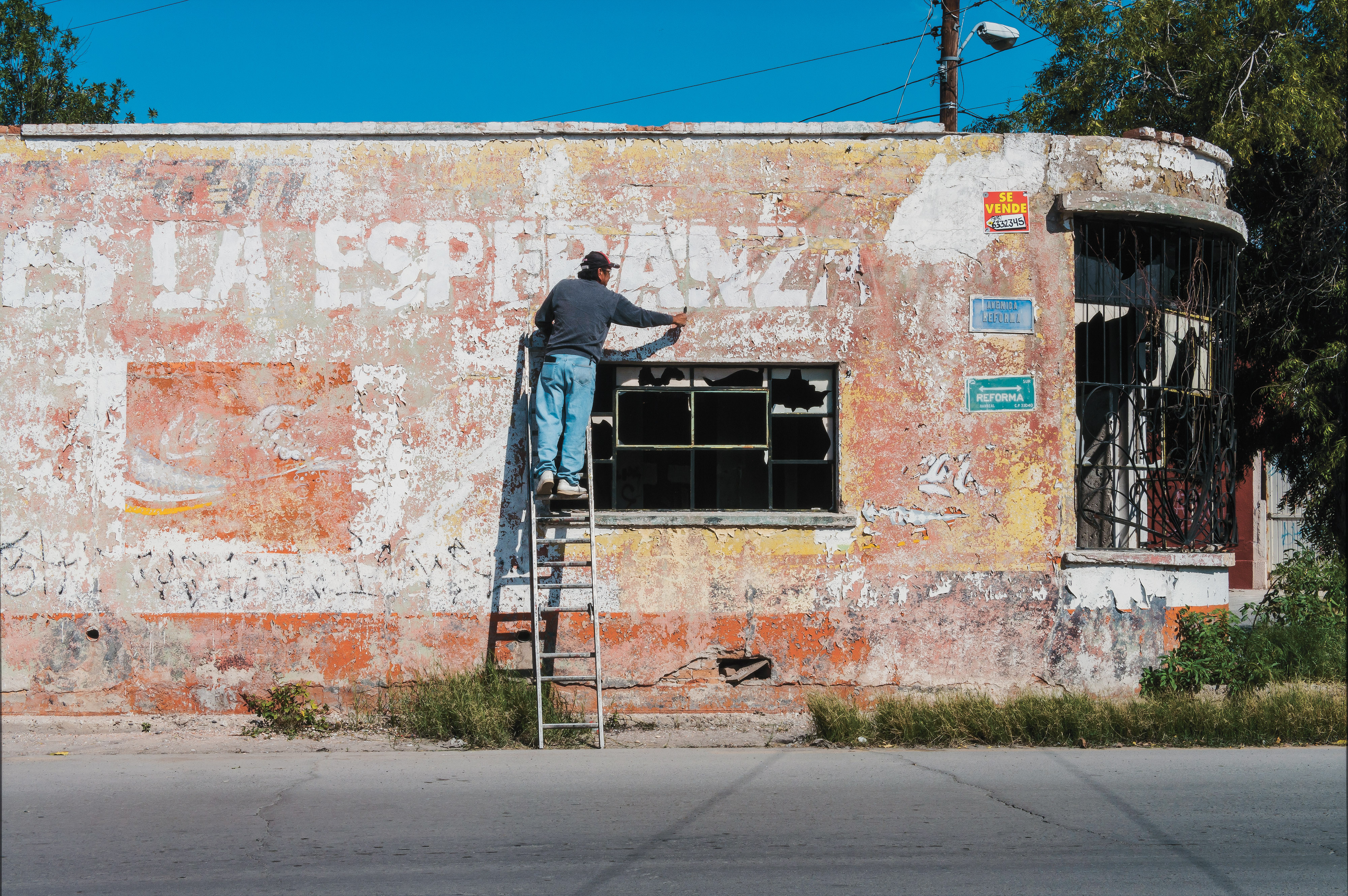