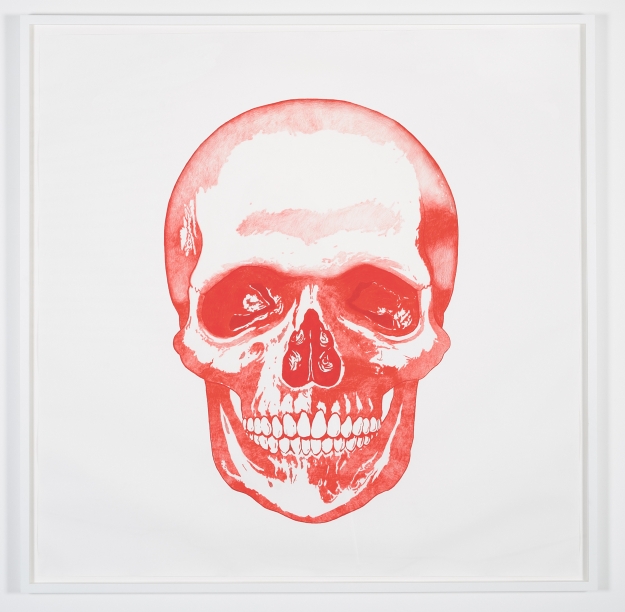 Keren Cytter (b. 1977), the Israeli-born artist, currently lives and creates in the US. She works in a wide variety of arts: film, video installations, experimental performances, drawing, photography, and poetry. In spring 2018, one of Cytter’s mixed media projects Killing Time Machine was presented at the Vartai gallery in Vilnius. It invited viewers to become immersed in the relentless tension between fiction and reality, a tension which shows the extremely fluid line that divides them.

Cytter’s drawing Skull(2009) appears to contain no rebuses or secrets: all you see is an exact representation of a human skull. However, the format of the artwork and the soft reddish colour create additional meanings. The square-shaped 1.5x1.5 metre drawing magnifies the motif of the skull and essentially changes its perception. Just like in the collections of drawings used in archaeology, anthropology or even anatomy, the skull is more than just a bone. Rather it is a symbolic and mythical figure. Its carmine red colour bestows the drawing with a sense of carnality, blood-like vitality and maybe even refers to the world of pop culture where the colour light red is associated with casualness, infantile scenic gloss, and flirtatious and ostensibly childish femininity.

When introducing Cytter’s artwork, it is often emphasised that the artist creates small cracks in the ever-changing, but still rather sustainable structures of creative practices and forms of communication. Her Skull can also be looked at from this kind of perspective. And even more so when we consider that the human skull is one of the eternal symbols which has existed down through the ages in all cultures of the world. The skull is the last bone of the skeleton to decompose, therefore, the skulls found in the old graves are ample sources of information. Hence the mystical belief that the brain ‘box’, the container of our consciousness, is also a symbol of power and force, and an embodiment of secret powers.

The first spontaneous association invoked by the drawing is that of death or a reminder of the transient nature of the human being. According to historian Vitalijus Michailovskis, over time the skull became a symbol that was probably most closely related to the experience of death. Its image has always been intertwined with religious motifs, it became entrenched in the old visual arts and is even found widely in the modern-day world, starting with warning signs on containers with poisonous materials and continuing through to fashionable jewellery adorned with the image of a skull. From the current point of view, having gone through numerous transformations and survived the nebulous times of heathen rituals, the symbol of the skull found its place in Christian iconography and finally even in mass culture, where it is often used not only in the form of jewellery, but also in the form of tattoos, attributes for rock music fans and even as a decoration on everyday clothes. Still, disconcerting elements characteristic of Cytter’s drawing, such as its unnatural size and the unusual colour tell on its interpretation. The big painting resembles an intimidating battle flag. Many nations used the image of a skull in their military tradition as a symbol of the unity of war and death on a battle field associated with fanatically heated fights and fearlessness.

On the other hand, though, when analysing the meaning of Cytter’s Skull, you may also be reminded of a number of other well-known examples of modern art, such as the diamond-encrusted skull by Damien Hirst, which can just as well be perceived as an insolent flirtation with death or as opposition to the respectful portrayal of the skull in Christianity. The skull in the drawing by Cytter does not look stern, nor does it look in any way intimidating nor is it an invitation to embark on a journey to the beyond, but rather it is full of bizarre grandeur, life and ambiguity. 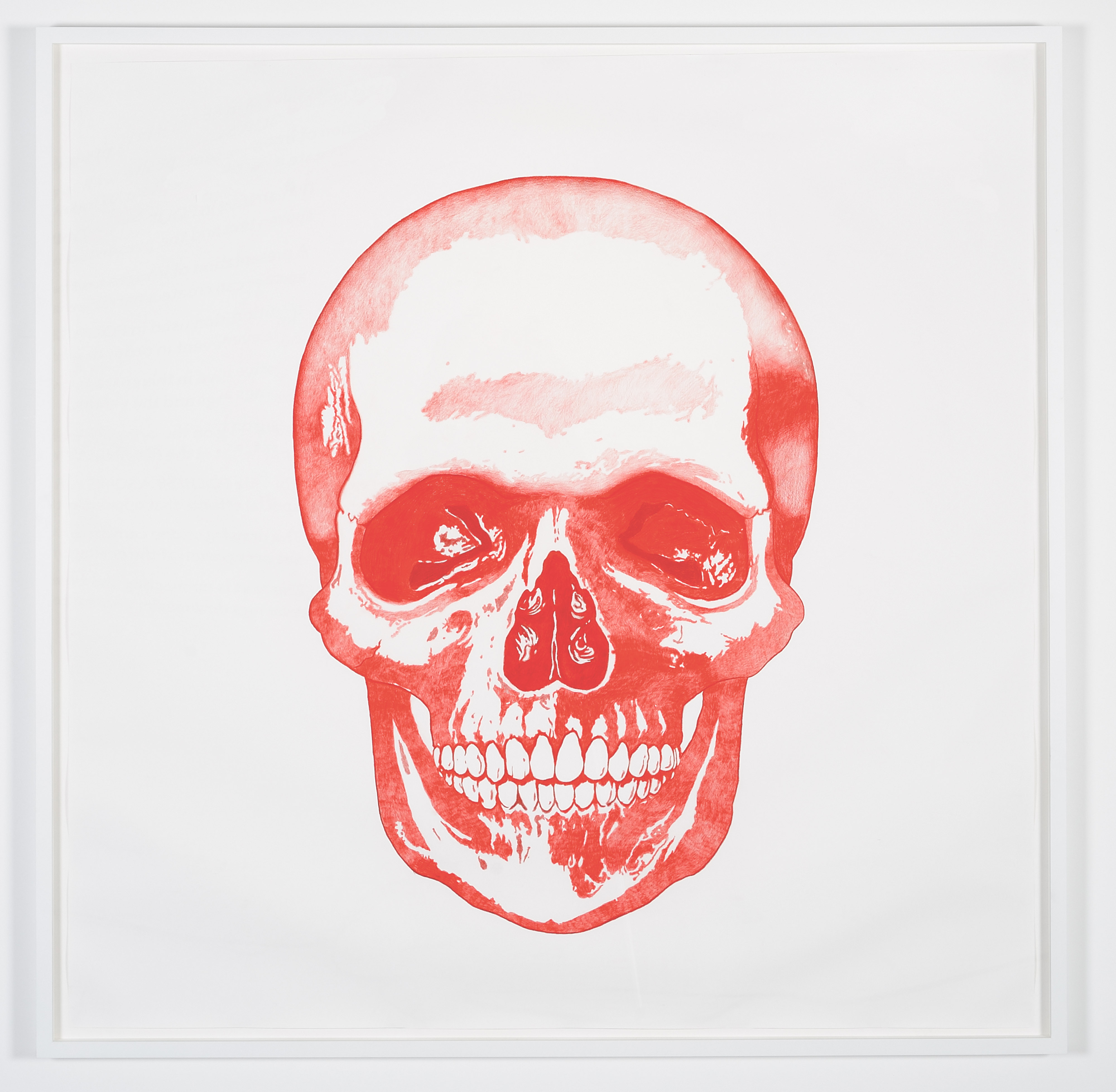