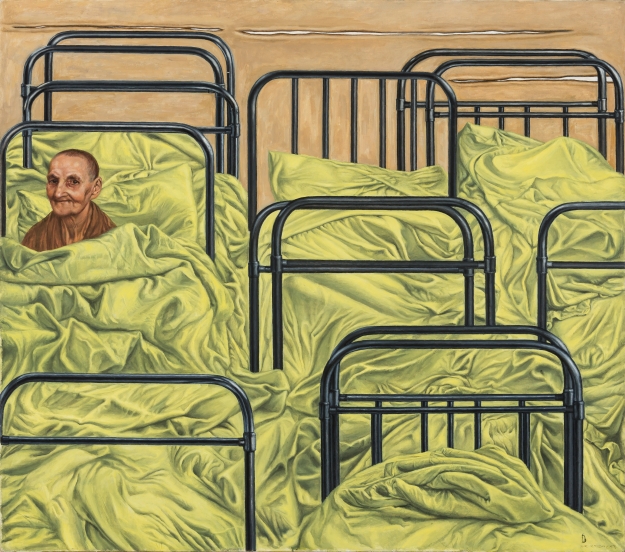 Meditation on being towards death

Marija Teresė Rožanskaitė was born on 18 March 1933 in Linkuva town, Pakruojis District. On 14 June 1941, the painter was exiled to Siberia. In 1947, she ran away with her mother from their place of exile in the Altai region and came back to Lithuania. She studied painting in Vilnius Art Institute (now – Vilnius Academy of Arts) in 1953–1959.

Rožanskaitė is one of these artists whose works become increasingly interesting with time because the changing cultural context provides an opportunity to interpret them in new ways. Most of her works surpass the boundaries of one theme and develop into independent visual stories.

Yellow Draperiesis one of the most memorable of Rožanskaitė’s works. It reveals the artist’s favoured themes and her original composition of paintings. She started to delve into the medical theme in 1974; two monumental paintings, Heart Surgery Iand Heart Surgery II, were created that year. They bring to the fore two plastic and conceptual contrasts that are central for the artist: the fragile body and the equipment to research it, soft draperies and sharp, realistically depicted medical tools and devices.

In the earlier period the artist emphasised the medical gaze represented by an x-ray machine. It is a powerful panopticon whose glance penetrates everything, seeing it all though sick, weakened bodies. Students wearing medical robes and hospital staff stand in contrast with the naked, fragmented, anonymous body of a patient. The space of a painting is typically a ward room, hospital corridor or an x-ray room. Hand painting is combined with silk-screen and highlights the contrast between the positive and the negative.

Realism acquires magic and a philosophical dimension in the artist’s works. 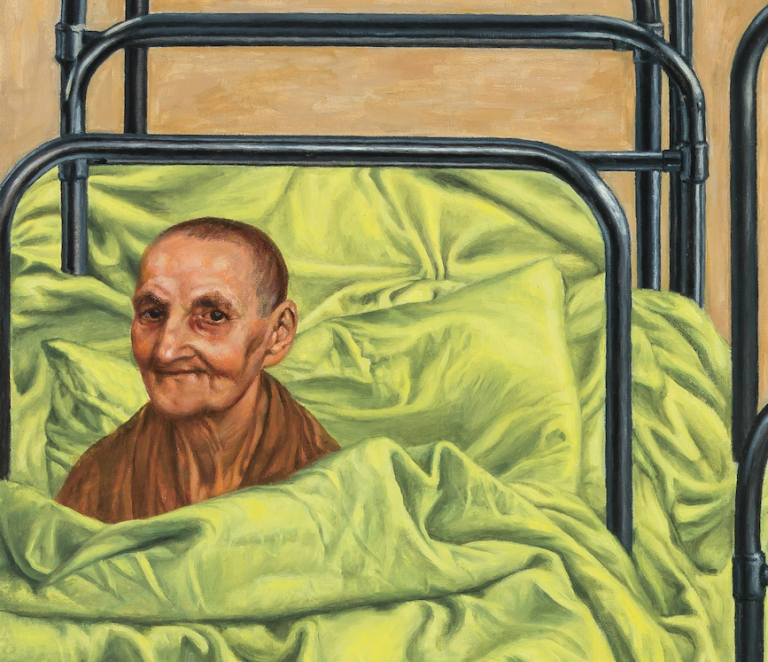 In the works created at the end of the 20thcentury more prominence is given to the themes of existential loneliness and old age. Rožanskaitė’s art is inseparable from life. Several historical layers can be discovered: contemporary society, personal memories and global cultural context. Yellow Draperies is also a multilayer work. Rožanskaitė was inspired to make it by her frequent visits to hospital, interactions with lonely old women and the social changes of the time.

When Rožanskaitė visited her sick mother she also took care of other patients – spoke with them, drew their pictures and fed them with soup brought from home. Most of the seniors in her pictures look like Buddhist monks because of their short hair. This imagery was dictated by facts of life: after she noticed that many of the older women were infested with lice, the painter approached the staff to have their hair cut off. This is therefore, the first, personal and realistic, layer of history in her works. However, realism acquires magic and a philosophical dimension in the artist’s works.

A portrait of the old woman becomes the allegory of existential loneliness, ‘being-towards-death’. The character is increasingly pulled in and consumed by the yellow draperies which invade the room of empty hospital beds with metal backs and seize full control of the space. The metal backs repeat the form of the painting and frame the old woman’s space as well as her entire life. This is but meditation on the transformation of life and death. It is not accidental that the old woman is placed on the edge, looking past us beyond. But Yellow Draperies can also be interpreted as a metaphor for the changing political and social environment of the last decade of the 20thcentury; it marks the end of the departing epoch with an ominous anxiety of what’s to come. 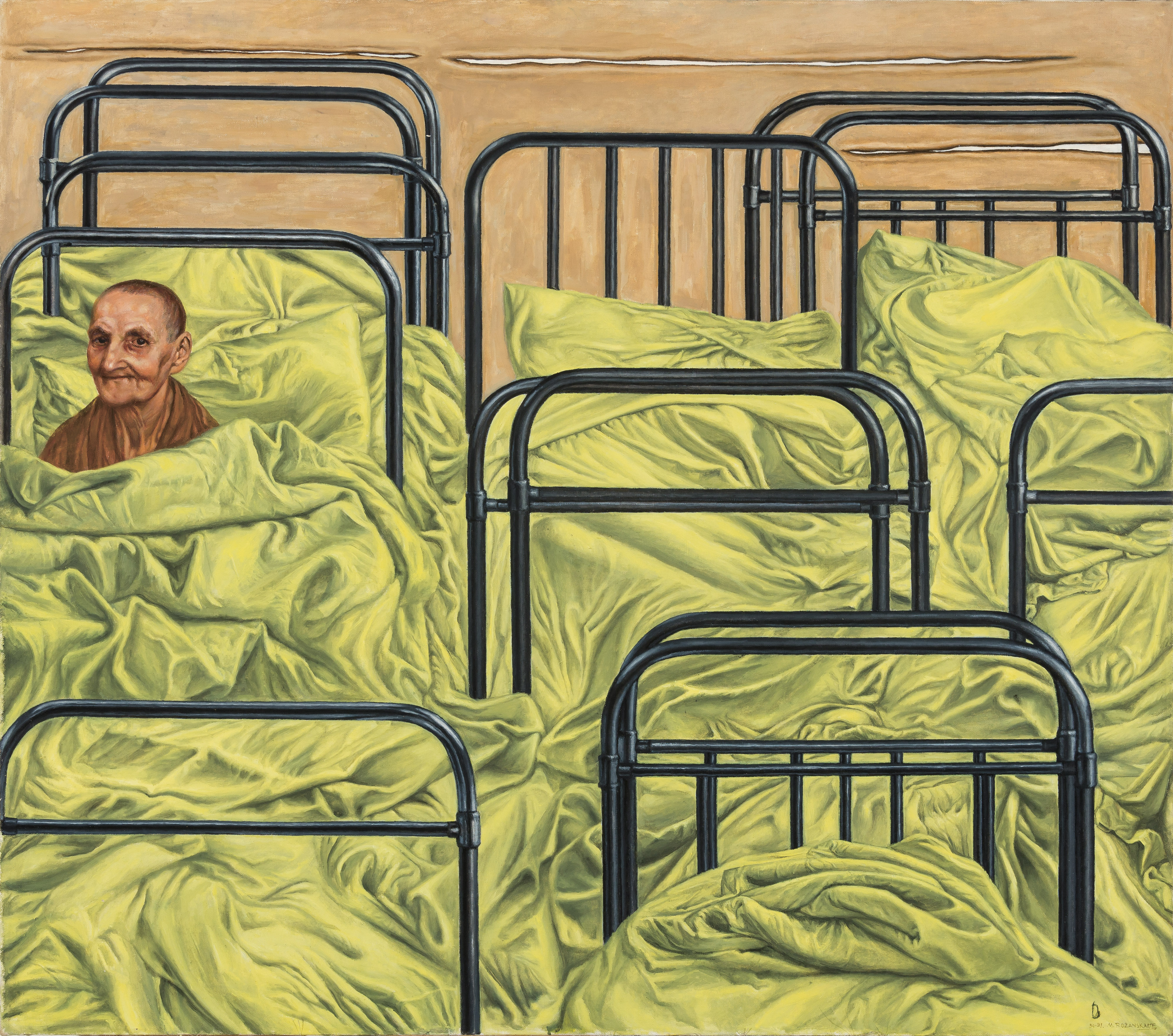