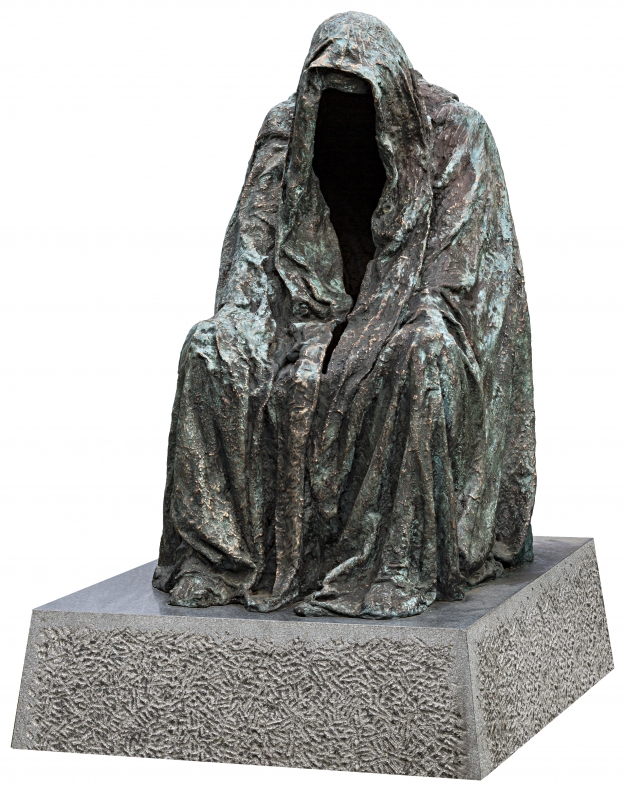 What is hidden beneath the cloak?

Artist Anna Chromy, author of the famous sculpture the Cloak of Conscience, is of Czech origin (b. 1940). After the war she immigrated to Vienna with her parents and later moved to France with her husband where she studied arts in Paris. She socialised with and learned from Salvador Dali and a number of other surrealists. For a long time Chromy created surrealistic paintings. At the age of 50 she took to sculpture and received wider recognition.

Chromy’s most famous and most awarded artwork in the field of sculpture, which resulted in many subsequent public and private commissions, was her sculpture Cloak of Conscience. A copy of the sculpture made by Chromy in bronze is part of the Lewben Art Foundation’s collection.

The sculpture comes in various sizes and can be made of bronze or white marble. It depicts a cloak covering a human head which folds down to the ground. From a distance it seems that the cloak is covering a sitting human figure of indiscernible gender with its head slightly bent. Close up, one can discern human palms quietly resting on the figure’s knees and its bare feet. It is a faceless figure with an empty dark opening in the place of the face. The cloak is empty –there is no human body beneath it. This is a hollow sculpture and the cloak is covering a void.

The artwork boasts a long and interesting history. The first depiction of a faceless figure hooded and shrouded in cloth appeared in 1980 in Chromy's painting To Be Or Not To Be, where a naked young women is depicted next to a figure shrouded in a cloak. More than 10 years later, Chromy decided to use the same image in the field of sculpture.

In 1999, a bronze version of the sculpture was erected in front of Salzburg Cathedral (Austria). Later a very similar sculpture was erected in Prague and soon afterwards in Monaco, the island of Sylt, Bologna, Athens and even Beijing. It is not quite known how many copies of the sculpture are owned by private individuals, but copies are in the collections of tenor Andrea Bocelli, Pope Benedictus XVI, and the Ferragamo and Ferrero families in Italy.

Yet another monumental project by Chromy –a sculpture–chapel –has contributed greatly to the popularity of the Cloak of Conscience. It was carved from a block of marble found in a marble quarry in Carrara. The artist started working on her sculpture–chapel in 2006 (the artwork was finalised in 2011). The sculpture of a hollow cloak, which is almost 5 metres high, was created from the original 250-tonne block. The hollow space in the centre is large enough to pray or meditate in for peace and serenity.

Why did this sculpture become so popular? Chromy discovered an image with multiple meanings, gave it a classical form and made it of bronze and marble – materials that have been considered noble for ages. 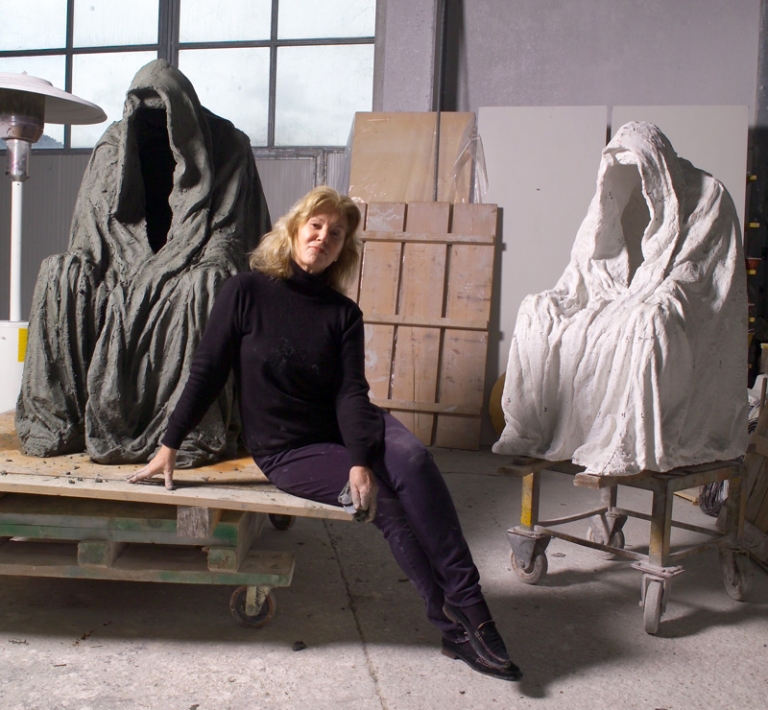 Why did this sculpture become so popular? Chromy discovered an image with multiple meanings, gave it a classical form and made it of bronze and marble –materials that have been considered noble for ages. Marble (especially that of Carrara) immediately recalls the famous Renaissance sculptor Michelangelo Buonarotti and the soft folds of cloth carved by Chromy in marble inevitably remind of Lorenzo Bernini, one of the most famous artists of the Baroque era.

The cloak is a metaphor with multiple meanings and the variety of names given to this piece of art are clear proof of that. The first sculpture erected in Salzburg was named Pieta(Coat of Piece). The name served as a direct relation with the image of the Virgin Mary swathed in a cloak with the dead body of Christ on her knees, which emerged in the Christian iconography of the 14thcentury. In ancient times, the cloak was a symbol of protection and care. This is exactly the meaning that the cloak bears in the Christian tradition, too.

The sculpture in Prague erected in front of the opera theatre where Wolfgang Amadeus Mozart first performed his Don Juan was named Il Commendatore. The cloak reminds us of a character from the opera –the father of Don Juan’s beloved beautiful girl whom he killed and whose monumental sculpture later paid a visit to the villain and sent him to hell. In this case protection and care are replaced with inevitable revenge. 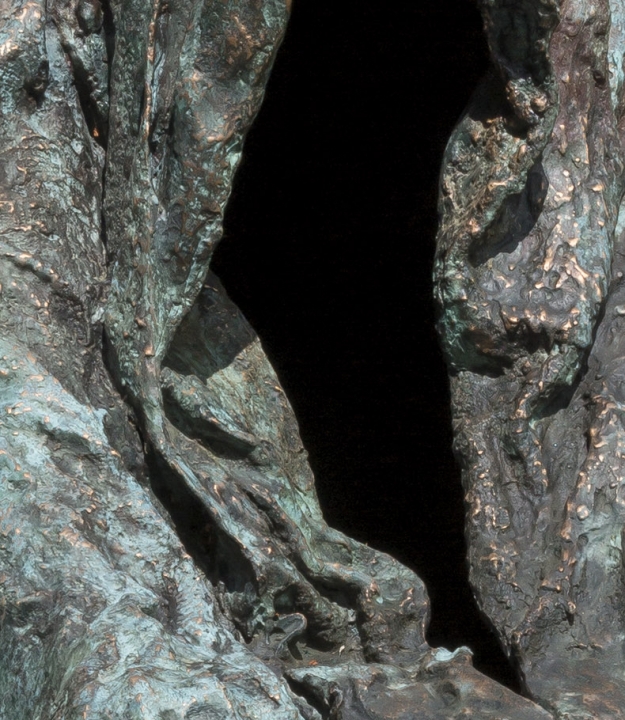 When looking at the sculpture we may contemplate life and the entire world and even see ourselves inside and reconsider our relationship with our own conscience. Such a wide spectrum of associations is acceptable to a wide range of cultures, which results in the great popularity and affecting nature of the artwork.

Finally, these two images merged into a single metaphor –the cloak of conscience –which is no longer related to any specific religion or piece of art. When speaking about the sculpture, Chromy often mentions such words as Truth, Peace and Equality. ‘Conscience is a feeling telling you what is good and what is bad; it tells on our actions and our thoughts. It was this feeling that gave me courage to create The Cloak –a symbol of Peace and Unity’, says Chromy who refers to the popularity of the sculpture as a global network of Conscience.

The combination of a classical form and abstraction (the hollowness) is rather unexpected and therefore makes the artwork visually interesting. The tension between the realistic form and the hollowness creates a secret (an intrigue) and special openness for interpretation. You can see black emptiness, a man or a woman hiding beneath the cloak. You may be a saint, a stern herald of retaliation or a beggar. When looking at the sculpture we may contemplate life and the entire world and even see ourselves inside and reconsider our relationship with our own conscience. Such a wide spectrum of associations is acceptable to a wide range of cultures, which results in the great popularity and affecting nature of the artwork. 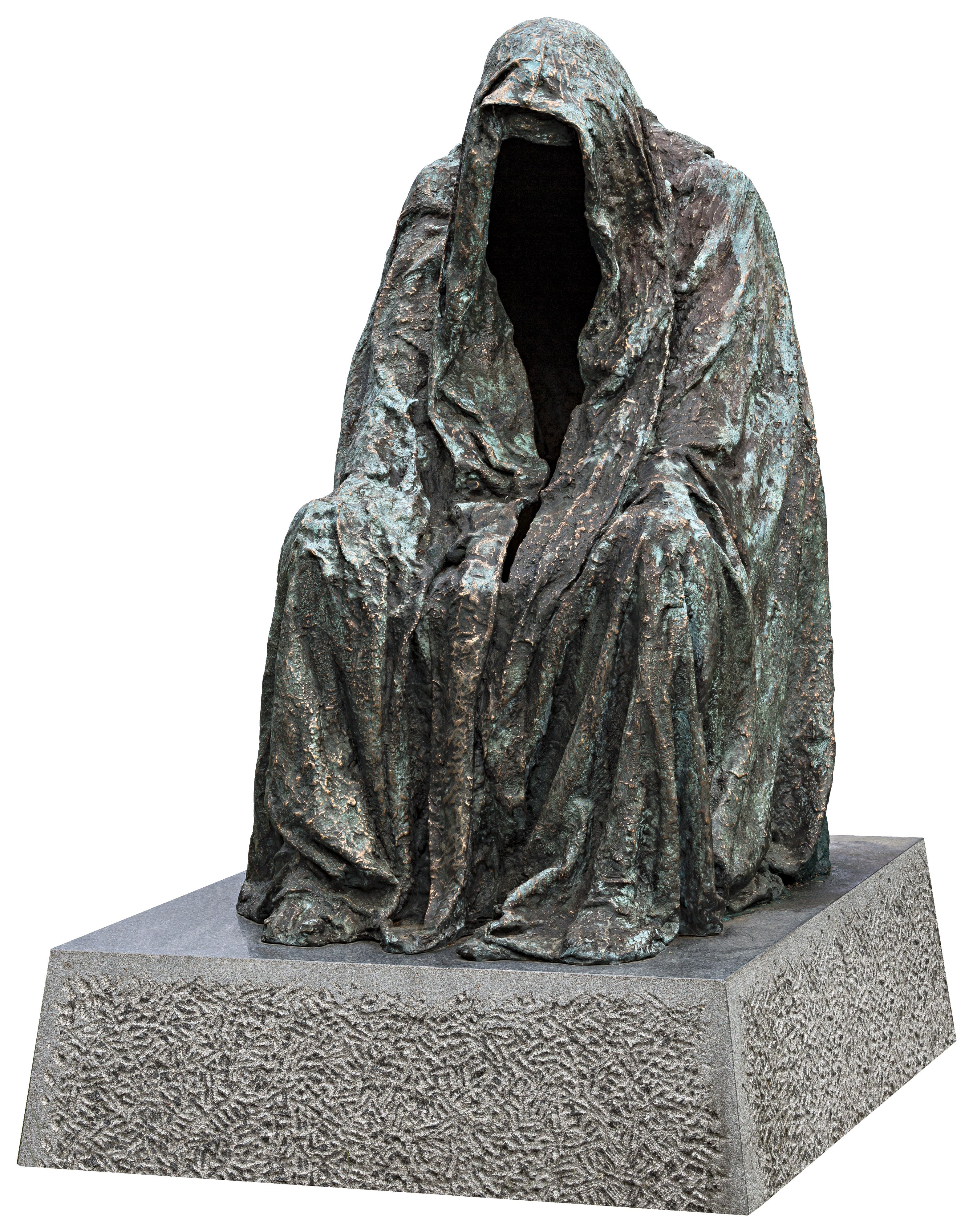