The exhibition of Jonas Rimša at M. Žilinskas Art Gallery in Kaunas 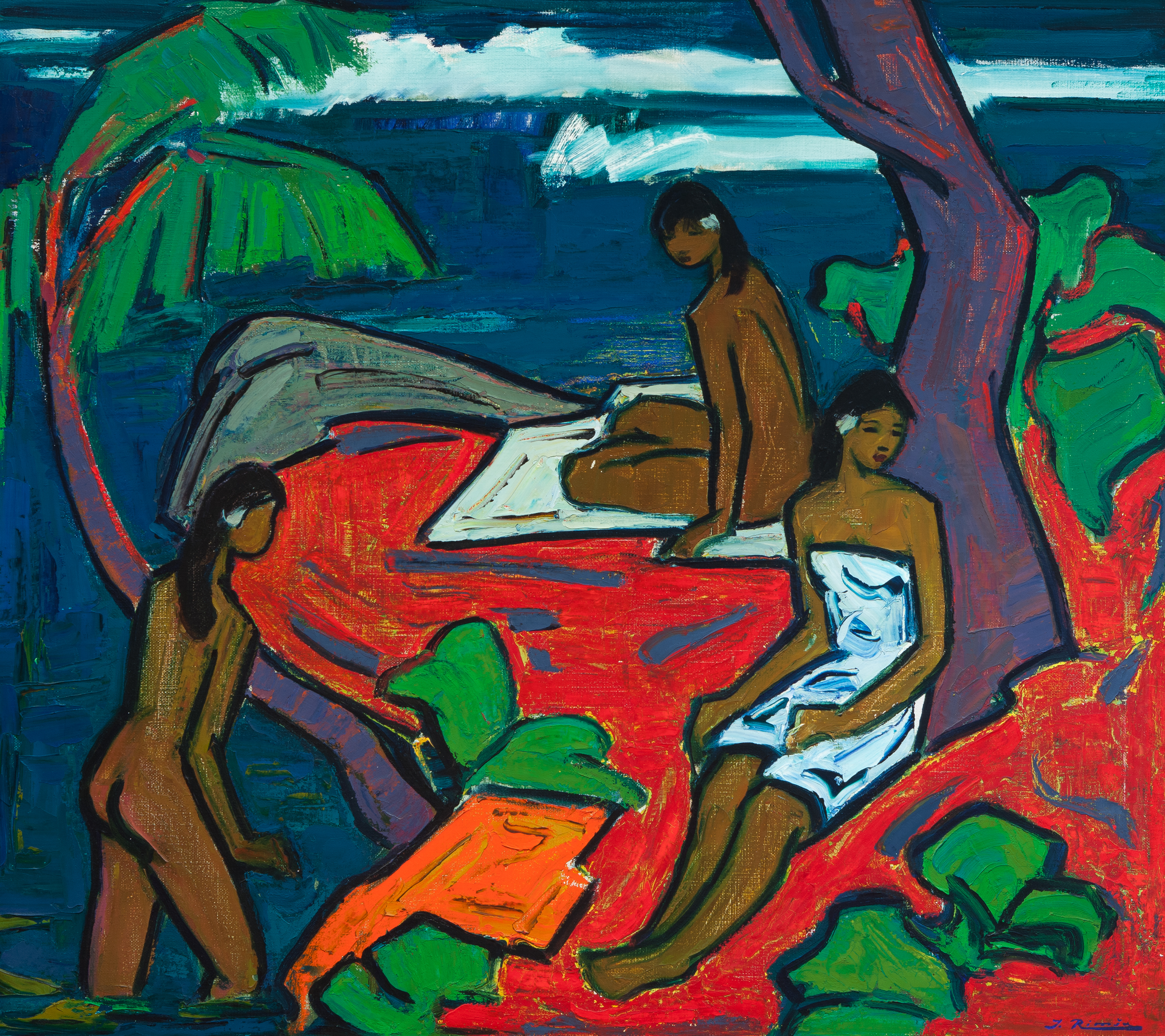 Jonas Rimša. Near the River on the Island of Tahiti, 1972

Jonas Rimša is one of the most prominent Lithuanian emigrant artists who proclaimed the name of Lithuania abroad. He has merits to Bolivian culture and was awarded with the highest Order of Condor Cavalier of the Andes granted to civilians. He was awarded the title of Citizen of Honour of Bolivia (1950) and the name of Professor of Honour (1974).

Jonas Rimša was born on June 12, 1903 in Svėdasai and grew up in Kaunas. Bowing to the will of his father, he graduated from the best sewing school in Vienna, and afterwards, completely focused on studying art, he went further abroad to search for his destiny elsewhere.

The artist has painted close to 1,000 works and held over 30 solo exhibitions.

This exhibition introduces a huge collection of paintings of Jonas Rimša from the Bolivian and Indian period, which made the artist famous.