The exhibition "Laure Prouvost: Burrow Me" at Rupert

From 16 July everyone is invited to visit the exhibition "Laure Prouvost: Burrow Me" at Rupert. 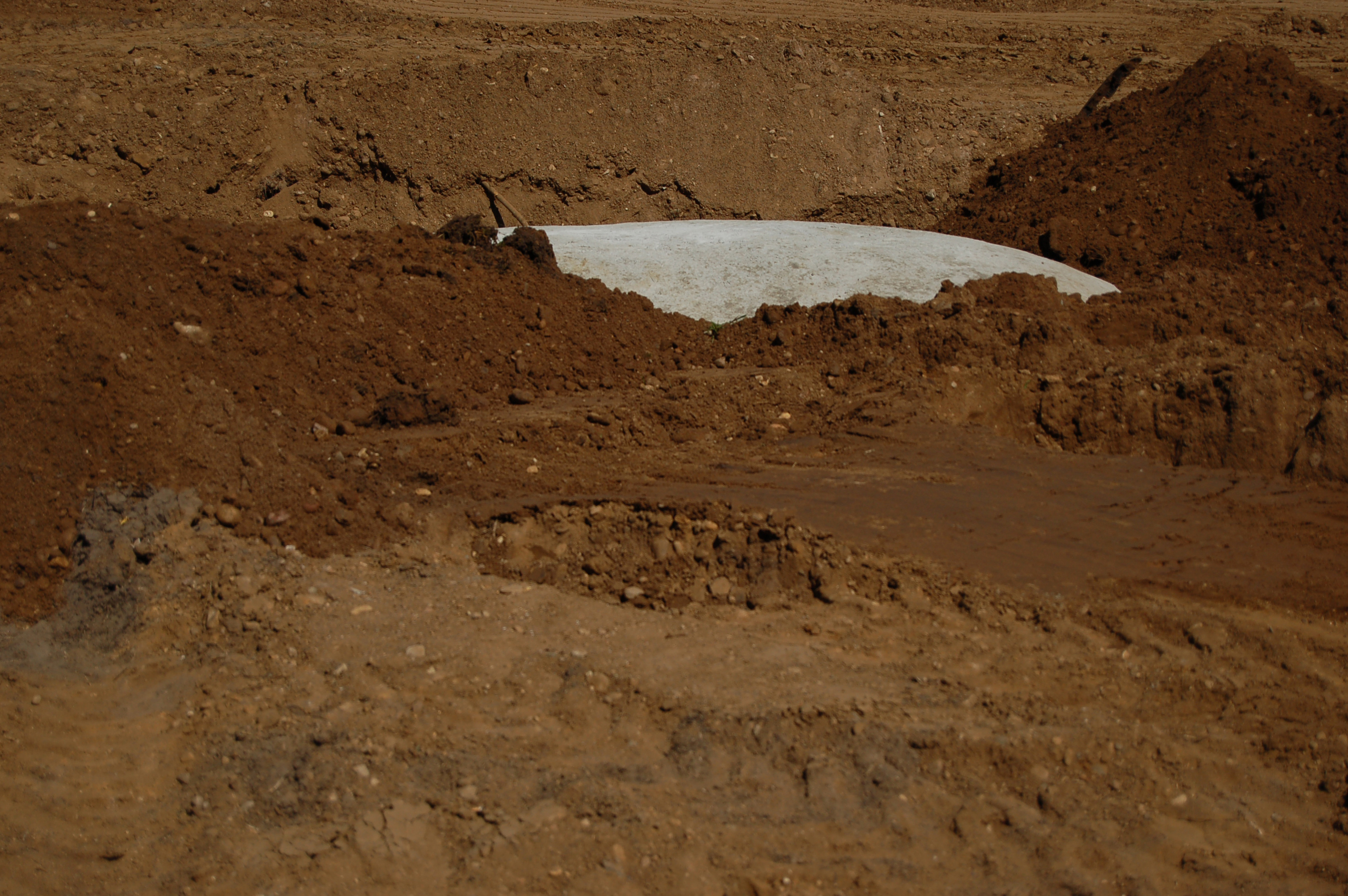 On 16 July at 6 pm the exhibition "Laure Prouvost: Burrow Me" opens its doors to the public at Rupert (Meškeriotojų g. 33, Vilnius).

With your bare hands or with a shovel, dig into the ground, climb through the narrow burrow. Covered in sand and gravel, among the dirt, you might find a granddad wandering through the subterranean passages. You feel your feet firm on the ground but the ground suddenly gives way. You’re thrown into a bottomless break with no beginning or end; elements recognized by your senses merge indistinguishably then separate again. Fragrances recall surfaces, cavities recall their own sound – from this boundless world you are woken up by the near sound of hiccups and find yourself burrowed.

For ‘Laure Prouvost: Burrow Me’, a human sized burrow was dreamt up and dug in the green outside Rupert. Inside it, you can watch Burrow Me. In the gallery space where the show continues, you will find the earth that was dug out and the handmade shovels that were used to excavate it.

‘Laure Prouvost: Burrow Me’ is the first solo show of the artist in the Baltic-Nordic region. The opening night includes performances by the artist and C Sal. Melting ice-cream will be served on stones around the burrow.

Laure Prouvost was born in 1978 in Croix-Lille, France. She lives and works in London, UK and Antwerp, Belgium. After receiving the Max Mara Prize for Women (2011), Prouvost was the first French artist to win the prestigious Turner Prize for contemporary British artists and/or living in Great-Britain. Generous and prodigious, Laure Prouvost’s practice combines language and images to create stories that seduce and disturb simultaneously. Exploring the boundaries between fiction and reality, her works are composed of videos, paintings, ready-made sculptures and sound installations.

Selected recent solo shows include: Musée départemental d’art contemporain de Rochechouart (2015), This Is The Visit at Nathalie Obadia, Paris; The Meeting at MOTINTERNATIONAL, Brussels; For Forgetting at the New Museum, New York; From Wantee to Some Signs at Extra City Kunsthal, Antwerp (2014); Max Mara Art Prize for Women at the Whitechapel Gallery, London; Laure Prouvost / Adam Chodzko at Tate Britain, London (2013). Group exhibitions include Mirrorcity at the Hayward Gallery, London; The Great Acceleration at the Taipei Biennial; Listening, Hayward Touring at BALTIC B39, Newcastle upon Tyne; Turner Prize 2013 at CCA Derry~Londonderry; Assembly: A Survey of Recent Artists’ Film and Video in Britain 2008–2013 at Tate Britain, London (2013), among others.