On 4th December at 4 pm at the Šiauliai Art Gallery the personal exhibition of Aidas Bareikis “Accidious” will open its doors to the public. For the first time in Šiauliai the most outstanding works by Aidas Bareikis of the last decade will be exhibited from the collections of the Lewben Art Foundation, Vartai Gallery and private collectors. The curator is Radvilė Nakaitė. 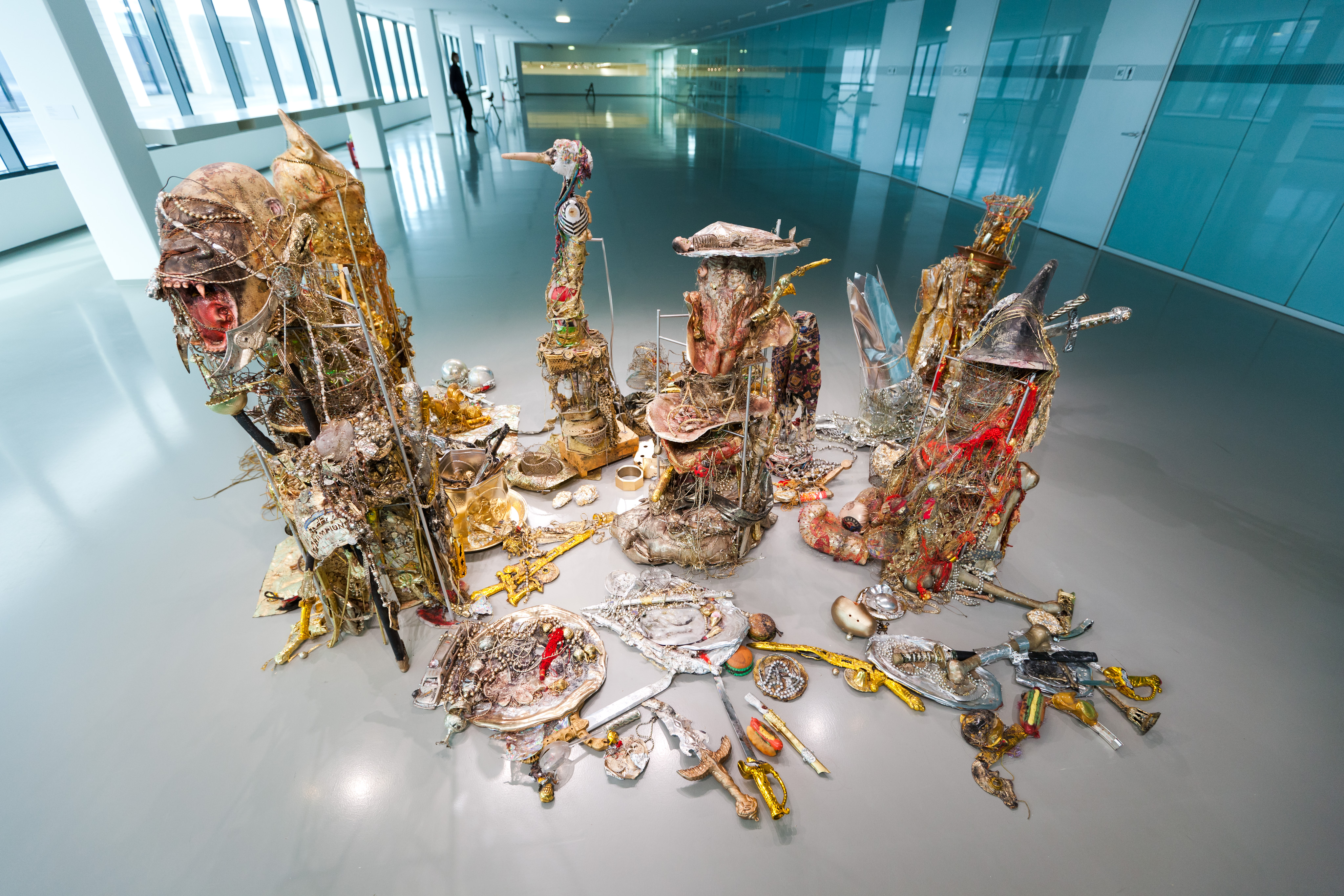 On 4th December at 4 pm at the Šiauliai Art Gallery (Vilniaus str. 245, Šiauliai) the personal exhibition of Aidas Bareikis “Accidious” will open its doors to the public. For the first time in Šiauliai the most outstanding works by Aidas Bareikis of the last decade will be exhibited from the collections of the Lewben Art Foundation, Vartai Gallery and private collectors. This exhibition is one of the closing events of the 20th contemporary art and fashion festival VIRUS'20. The curator is Radvilė Nakaitė.

Aidas Bareikis was born in 1967, in Vilnius. He studied painting in Vilnius Academy of Fine Arts in 1987–1993. He was one of those artists who were influenced by lectures of the artist Kestutis Zapkus. At the time teaching of professor who arrived from New York had a significant impact on the local context of art, including the fifth-year students, and Aidas Bareikis among them. Kestutis Zapkus who had taught only for five months, managed to fan the flames of new ideas into life of Vilnius Academy of Arts: he has stimulated a creation of the group named “Good evils”, in which one of the members was Aidas Bareikis. Important event in the history of the art of independent Lithuania was held in 1992. The exhibition named “Good evils” was held in Contemporary Art Center by Aidas Bareikis and other students of Kestutis Zapkus.

Aidas Bareikis received a Fulbright scholarship in 1993 and moved to New York, where he took Master’s degree at Hunter College. He currently lives and works in the United States of America. Artist has held solo exhibitions in Leo Koenig Inc. gallery of New York and Center for Contemporary Art of Berlin. He has participated in numerous group exhibitions of such famous institutions like P.S.1 Contemporary Art Center/MoMA in New York and various galleries of America and Europe: gallery of Eleni Koroneou in Athens; Queens Museum of New York; Asbaek gallery in Copenhagen; gallery of Miller Durazo in Los Angeles. Memorable and influential works of Aidas Bareikis should be known for Lithuanian viewers from solo exhibition named “Glad to hear it” held in Contemporary Art Center, 2002.

Aidas Bareikis has created installations from the various used items, ready-made. The artist uses a variety of garbage and turns impressive size installations to one big mass by reflecting daily life. The artist's work has some principles of automatism. Also, in addition to it, works are full of allusions to the history of art. Sociological aspects like ecology, consumerism and technology are repeated in his works. Ready-made installations of spectacular size have helped the artist to create a unique, easily recognizable fingerprint, which led to his international notoriety.