On the 10 December In the headquarters of the UN in New York the foreign affairs minister Linas Linkevičius has opened an exhibition of Ray Bartkus, dedicated to the conclusion of Lithuania's membership in the UN Security Council. 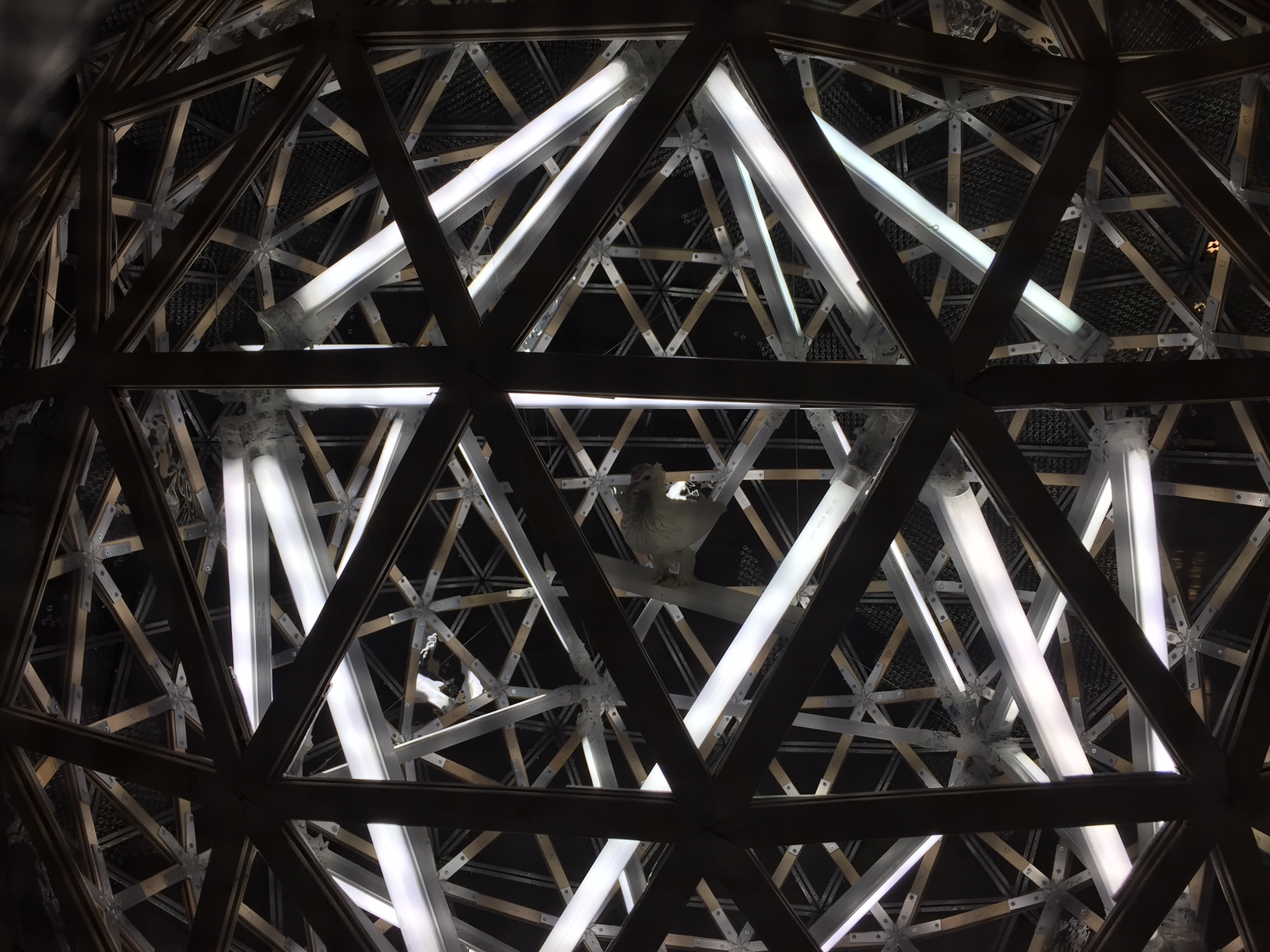 On the 10 December in the headquarters of the UN in New York the foreign affairs minister Linas Linkevičius has opened an exhibition of Ray Bartkus, dedicated to the conclusion of Lithuania's membership in the UN Security Council.

Ray Bartkus is renowned Lithuanian-American artist whose large-scale installations, paintings and illustrations, many dealing with today’s complex political, economical and social realities, have been exhibited and published around the world. This year the artist presented his works to the public in Philadelphia (USA), Marijampolė (Lithuania) and Salzburg (Austria). In his installation “The Globe”, Bartkus constructs his vision of the world in flux, a globe pieced together from perils that nonetheless becomes a shimmering beacon.

The Globe consists of three concentric spheres. The largest depicts the continents as nails on an ocean of aluminum mesh. Inside it, a smaller sphere made of wood and mirrors reflects the audience, placing them inside the Globe. The next sphere is made of light, and houses inside itself a dove, the Globe’s core, embodying universal concepts of peace and goodwill. Like our world, the Globe is given shape by its contrasts: the sharp tips of the nails and the dove’s soft feathers, the coldness of the metal and the warmth of the wood, the infinitely refracting light and the shadows cast by the mesh. It can appear as whimsical as a disco ball and as menacing as a cage, but nonetheless it remains a unified whole, much as our own world can seem paradoxical, fractured and intractable, but nonetheless remains a single, indivisible whole. Like our world, the Globe achieves its final beauty only when seen in its full unity, only when its various contrasting parts are seen as part of something greater.

Organizers: Ministry of Foreign Affairs of the Republic of Lithuania