On March 6 National Gallery of Art opens it's spring season with the first exhibition "Red Becomes White Whilst Falling. Linas Leonas Katinas", which invites the audience to gaze upon Katinas' mundus imaginalis: an imaginary world, wherein reflections on quotidian, historical and individual worldviews, cross with the mythic, archetypal and symbolic. Artwork "Lithuanian Signs" by Katinas was loaned for the show by the Lewben Art Foundation. 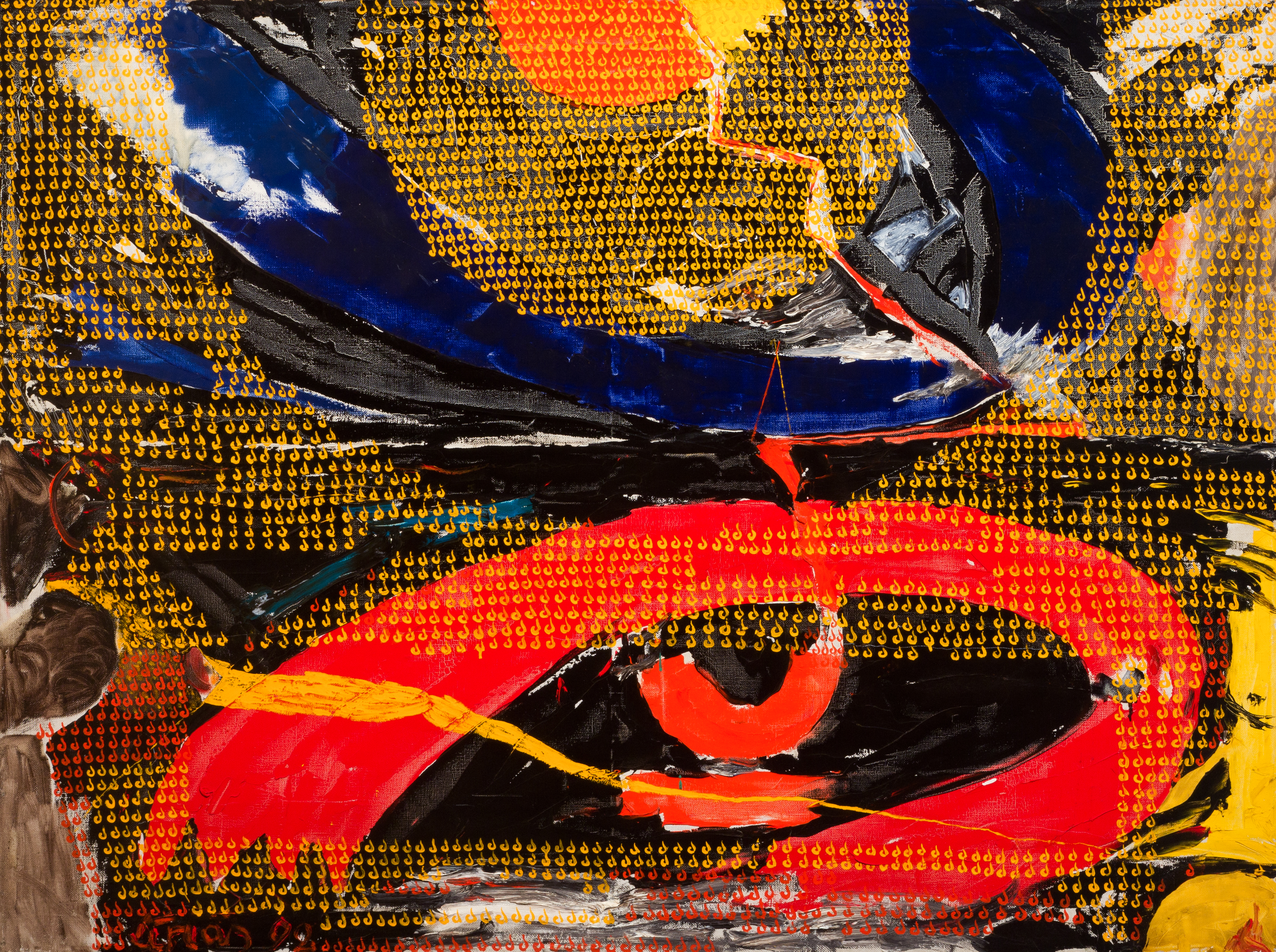 Linas Leonas Katinas (b. 1941) entered the field of painting at the end of the 1960s, to become one of the central artists of a generation marked by a chasm of experimental creativity, which was fostered by Brezhnev era stagnation. His creative biography, that spans almost six decades, never ceases to astonish with its sharp turns and transformations.

"Red Becomes White whilst Falling" invites the audience to gaze upon Katinas' mundus imaginalis: an imaginary world, wherein reflections on quotidian, historical and individual worldviews, cross with the mythic, archetypal and symbolic. Like a bird's nest, Katinas' world of painting is constructed from local materials in his environment -- the structure relying on, and being dictated by, his intuition.

Further, his work utilises abstraction, Tachisme and elements of Conceptual art language while simultaneously drawing from spatial-structural thought processes acquired in the fields of architecture, theatre and film.

Regardless, Katinas' works do not lack healthy wit, self-deprecation and a mischievous enjoyment of the sparks that flash when crossing the sacral with the profane. In such traits we find the nuclei of both the primitive and the cultivated. Take the cosmological works, where notions of eternal-cyclical change prevail, returning one to a syncretic, mixed birth/renewal state.

Such qualities distinguish Katinas' work in both the Soviet and post-independence period of Lithuania. Having come to painting from architecture, he learned through his lived experience and research. The exponential conflict with the Soviet regime came to be expressed artistically through the absurd, escapist, spiritual; in Aesopian language, in carnival laughter. Similarly, but with an even greater scope, the artist developed his multi-layered riddles in the 1990s, which were filled with cultural references. Installations reminiscent of Arte Povera, projects in nature, two-sided paintings, and even musical experiments, bind together an organic dialogue with interdisciplinary ideas of art, hence following the principles of contemporary art.

As a cartographer attempts to represent the curved surface of the earth on a flat map, so this exhibition's curator has attempted to mark out the trajectories and transitions of the artist's works and some episodes of his life. Works of art, archival materials and visual documents exhibited in this exhibition mark out the path taken by the artist from the end of the 1970s to the present day.