An opera performance on an artificial beach, in which swimsuited performers break from sunbathing to sing warnings of ecological disaster, won Lithuania the top prize on Saturday at the Venice Art Biennale, the world’s oldest and most high-profile international exhibition of contemporary art. “Sun & Sea (Marina)” — presented by the artists Lina Lapelyte, Vaiva Grainyte and Rugile Barzdziukaite — took the Golden Lion for best national participation at the Biennale, beating 89 other national pavilions. 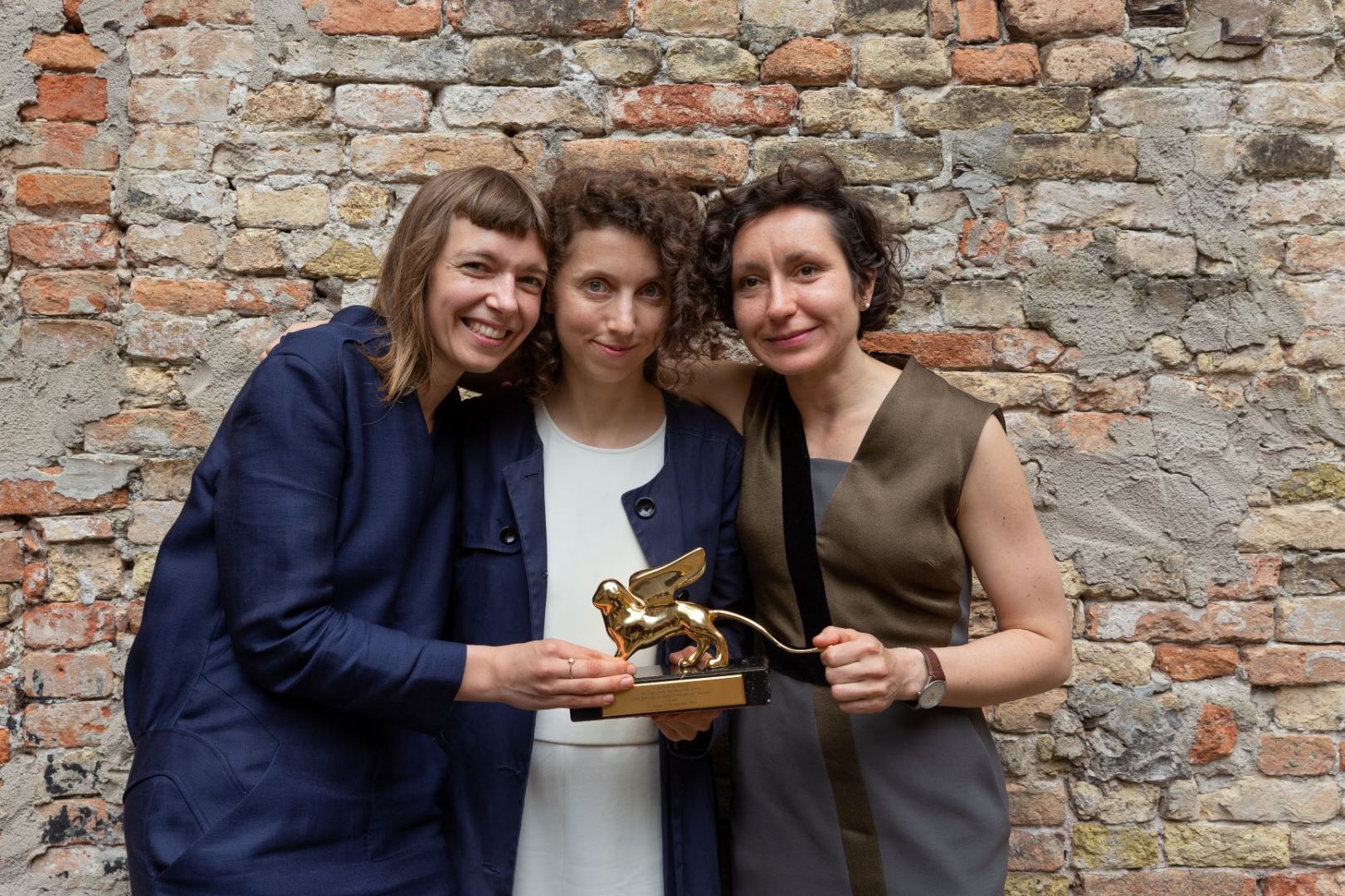 Saturday’s other big prize, the Golden Lion for best participant in the Biennale’s central exhibition, was won by the American artist and filmmaker Arthur Jafa. He showed a stirring 50-minute film, “The White Album,” in which he juxtaposes manifestations of white supremacy with portraits of white people he cares for and is close to. Mr. Jafa also showed a set of monumental sculptures of truck tires in chains.

“If I could have picked a list, I would’ve picked the same list,” said Catherine Wood, a senior curator specializing in performance at the Tate in London.

Ms. Wood said the Lithuanian pavilion had “this very clever way of framing people’s everyday activities and leisure” — lying on towels, playing board games, applying suntan lotion, chatting, reading — with a “quite powerful activist dimension” of warnings against ecological disaster and species extinction.

“It’s pedestrian movement meeting this overarching framework of a story that was joyful and melancholic at the same time,” she said.

The Lithuanian pavilion’s curator, Lucia Pietroiusti — who is curator of general ecology and live programs at the Serpentine Galleries in London — said the piece had started out as a slightly longer theater performance in Lithuanian. She encouraged museums to start thinking outside the box.

“The exhibition format is begging for a certain kind of opening up of possibilities,” she said. “We specialize so much, create these niches of specialism. Then we encounter these huge catastrophic situations like climate change or species extinction, and we need to find more ways to connect.”

The Lewben Art Foundation is the Patron of the Lithuanian Pavilion.