On 20 December at 6 pm at “Vartai” gallery the opening of a solo show by Žilvinas Kempinas will be taking place. It is the second solo exhibition by the artist at the gallery, which is celebrating its 25th anniversary this year. The exhibition presents his newest and earlier works not previously exhibited in Lithuania. It includes installations that are specially adapted for the gallery spaces. The artist employs the laws of physics and masterfully manipulates the motion of light, air, metal as well as that of the viewers themselves, thus creating unique situations of aesthetic experience. 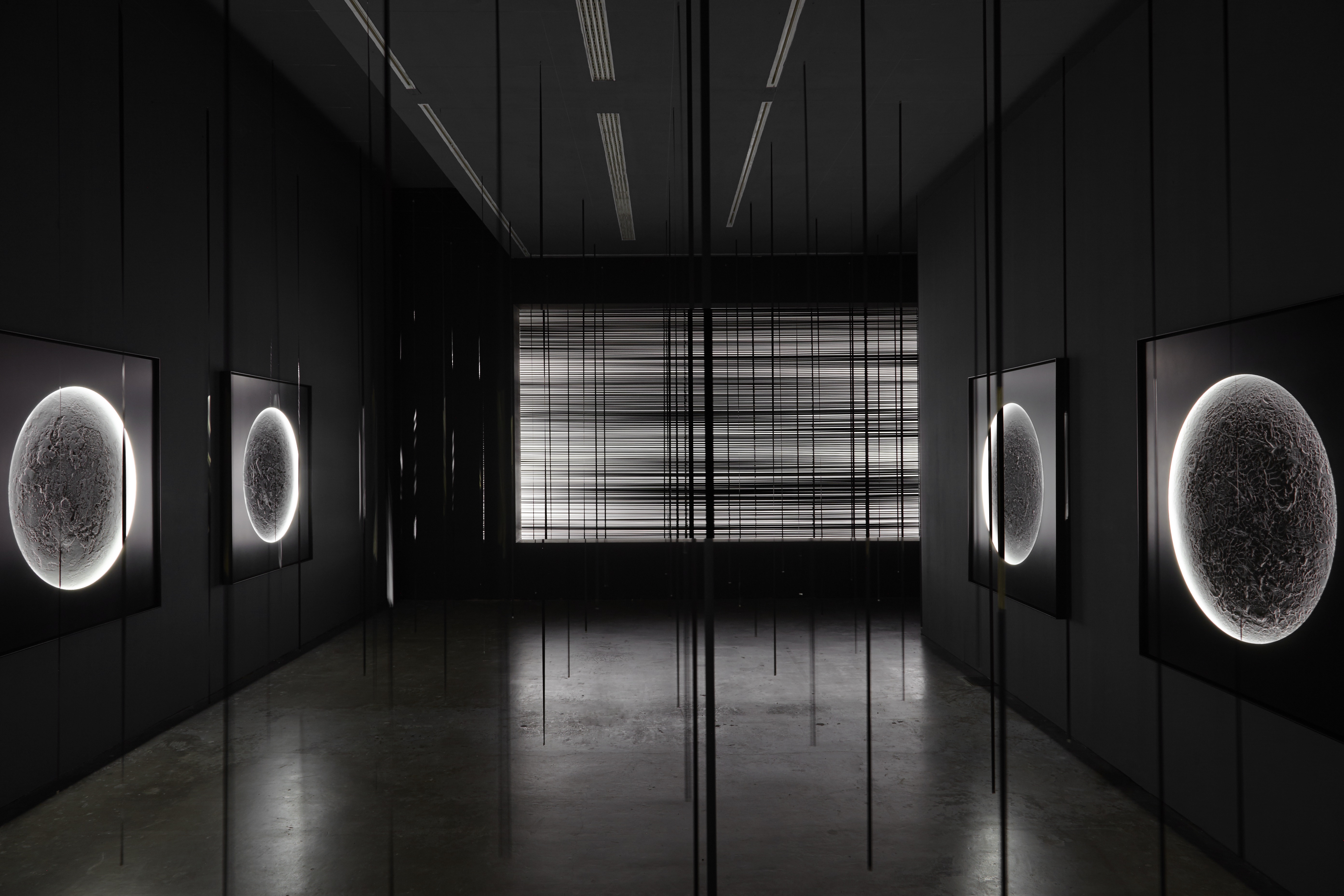 The installations, created by Kempinas, operate as if they were natural phenomena such as light and the flow of air. However, the most significant element that binds them is motion. The artist avoids ’predictable’ moves and aims for the impression of coincidence. Therefore, most of his work balances on the verge of falling and collapsing. In this way the author emphasizes the temporariness of movement and creates the fragile balance of the elements in the show, to which the viewers themselves contribute as they move through the gallery spaces. The artist works with the materials as if he were an orchestra conductor. He virtuosically manages to exploit the space and emphasize the most interesting features of the instruments he uses, so that they emit sound in the flawless harmony of planned and free motion.

The majority of Kempinas‘s objects and installations exhibited here are kinetic, but even the static works do not lack dynamism. Most often they fix motions that have already occurred and provoke the movement of the viewers themselves in the space wishing to take a closer look at an artwork and find out how the illusions created by the artist work.

In 2007 Kempinas received the Calder Prize. In 2009 he represented Lithuania at the 53rd Venice Biennale where the Lithuanian exposition was organized by “Vartai” gallery.

Exhibition will run until 3 February, 2017