Personal exhibition by Kristina Ališauskaitė "Realities in the Making“

On 11 October at 7 pm at the Rooster Gallery (Gynėjų st. 14, Vilnius) exhibition "Realities in the Making" by painter Kristina Ališauskaitė will open. It is her fourth solo exhibition presenting her latest paintings. The show also features three paintings that already have been included in the collection of the Lewben Art Foundation. 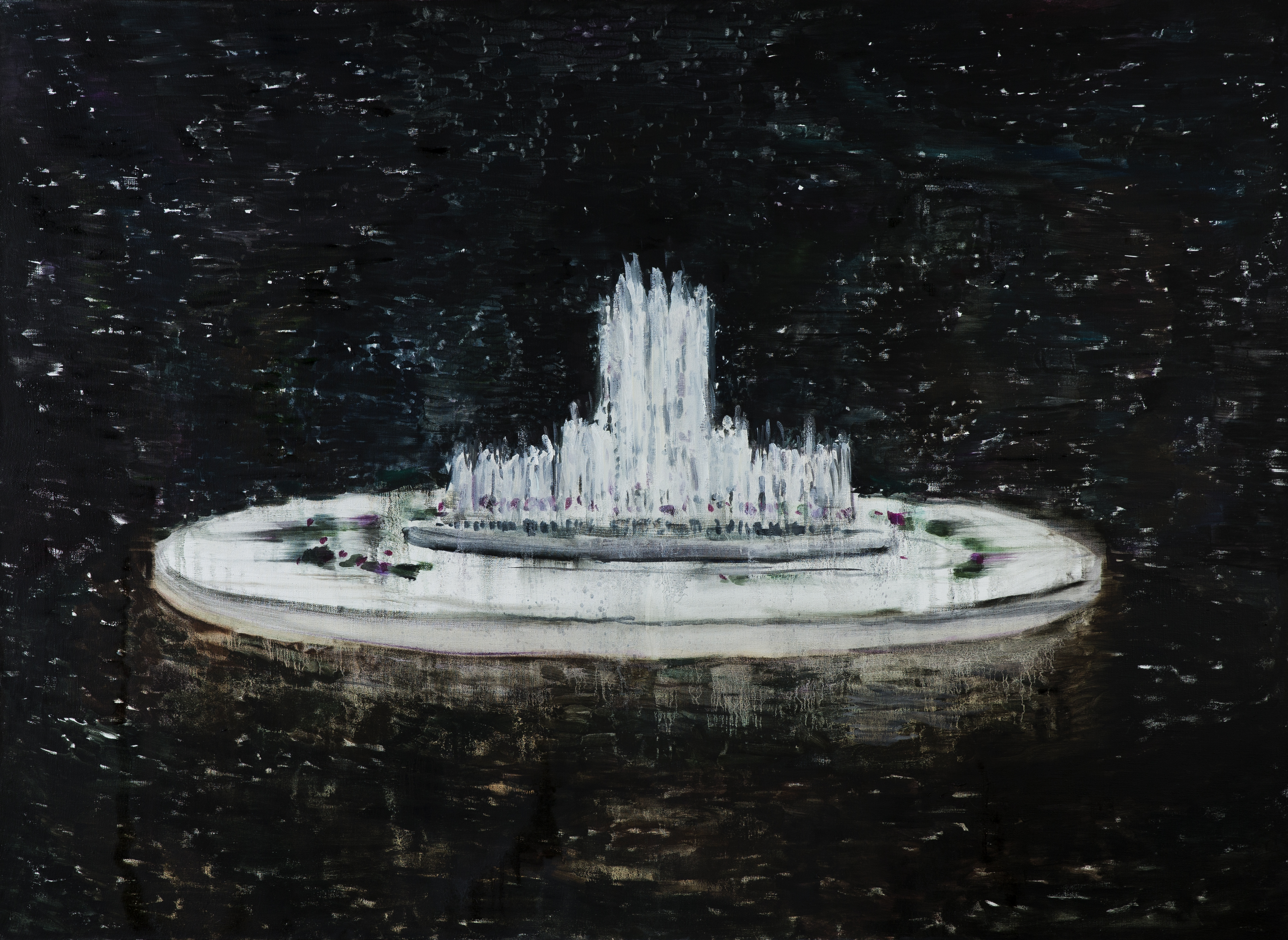 Ališauskaitė’s works offer a glimpse into an encounter between ordinary material life and all that is lurking behind it – dreams, visions, fantasies, and subconscious images. It is interspersed with fragments of mediated reality of screens and photographs. Having merged into a continuous stream of experiences, all these realities not always yield to separation: they intertwine and overlap, replace one another like frames in a film, their limits become blurred and disappear, elements of one reality are transferred into another – it’s a kind of dreaming while you are awake. The chosen contrasting motifs emphasize the distinction between reality and fiction, darkness and light, rationality and irrationality, restriction and freedom, the outside and the inside. However, this duality in the artist’s works is not tense or conflicting. Links between the opposite poles are unstable, fluid, and naturally changing all the time. Hence, a motif of a circle, or a wheel, embodying the premonition of change, flow of time, and cyclicity, becomes very important. The artist represents this multi-faceted and unstable world in her canvases of subtle, well-nuanced, often almost monochromatic colours. The painted objects are fragmentary, seemingly unfinished, their shapes dissolve, as if to confirm that the authenticity of the visible reality is a mere illusion.

Thus, the subject of Ališauskaitė’s paintings is not integral, fragmented, and contains in itself all these realities in the making. Probably that is why in her works we often see not a full human figure, but its parts (faces, hands) or their substitutes (clothing details, accessories). The occurring allusions to self-portrait testify to a personal, emotional approach to work. However, the painter polemicizes with the tradition of the portrait and self-portrait genre and distances herself from the necessity to represent the individuality of the portrayed. The artist seeks universality, and her generalized portraits convey the mood and psychological state, and reveal various aspects of human identity and personality. Ališauskaitė speaks in signs, visual metaphors and symbols acting as catalysts of emotions. Her compositions do not offer a clear and consistent narrative, but rather provide impulses provoking the spectator’s experiences and evoking memories. Despite their minimalist laconic expression, her paintings are characterized by emotional intensity, psychological suggestion, and invite the viewer to self-discovery.

Kristina Ališauskaitė (b. 1984) belongs to the young generation of Lithuanian painters. Since 2007, she has been actively participating in exhibitions in Lithuania and internationally. The artist’s works were displayed in prestigious art fairs Artissima, Art Dubai, ArtLondon, YIA Paris, Art Moscow, Art International Zurich, ArtVilnius and others. Her paintings have become part of the collections of the Modern Art Centre (Mo Museum) in Vilnius, the Lewben Art Foundation, Akzo Nobel and private collections. Kristina has not once won awards at international art competitions – she is a finalist of Arte Laguna Prize, Saatchi Painted Faces and Incubarte, a winner of the audience prize of the Young Painter’s Prize competition, and the only one of Lithuanian artists to be included among the top hundred up-and-coming currently active world painters in the book "100 Painters of Tomorrow" published by Thames & Hudson.

Exhibition "Under Italian Skies. Lithuanian artists' works from the 18th–first half of the 20th century" Exhibition "Hello, Paris! The Path of Litvak Artists“ in Brussels