On 28 March at 4 pm Lithuanian Art Museum opens the exhibition "Vilnius in Art. 1939–1956" at Vilnius Picture Gallery (Didžioji st. 4). The exhibition “Vilnius in Art. 1939–1956” is part of the Lithuanian Art Museum’s continuous programme “Celebrating the 700th Anniversary of the Founding of Vilnius”, which focuses on how the city is featured in artistic expression. During various periods, Vilnius has been presented to the public in artworks numerous times. The goal of this particular exhibition is to show the city during the hardships of war and the difficult years that followed, spanning the period from 1939 to 1956 and revealing how Vilnius was seen and depicted by the artists who lived and worked here at that time. 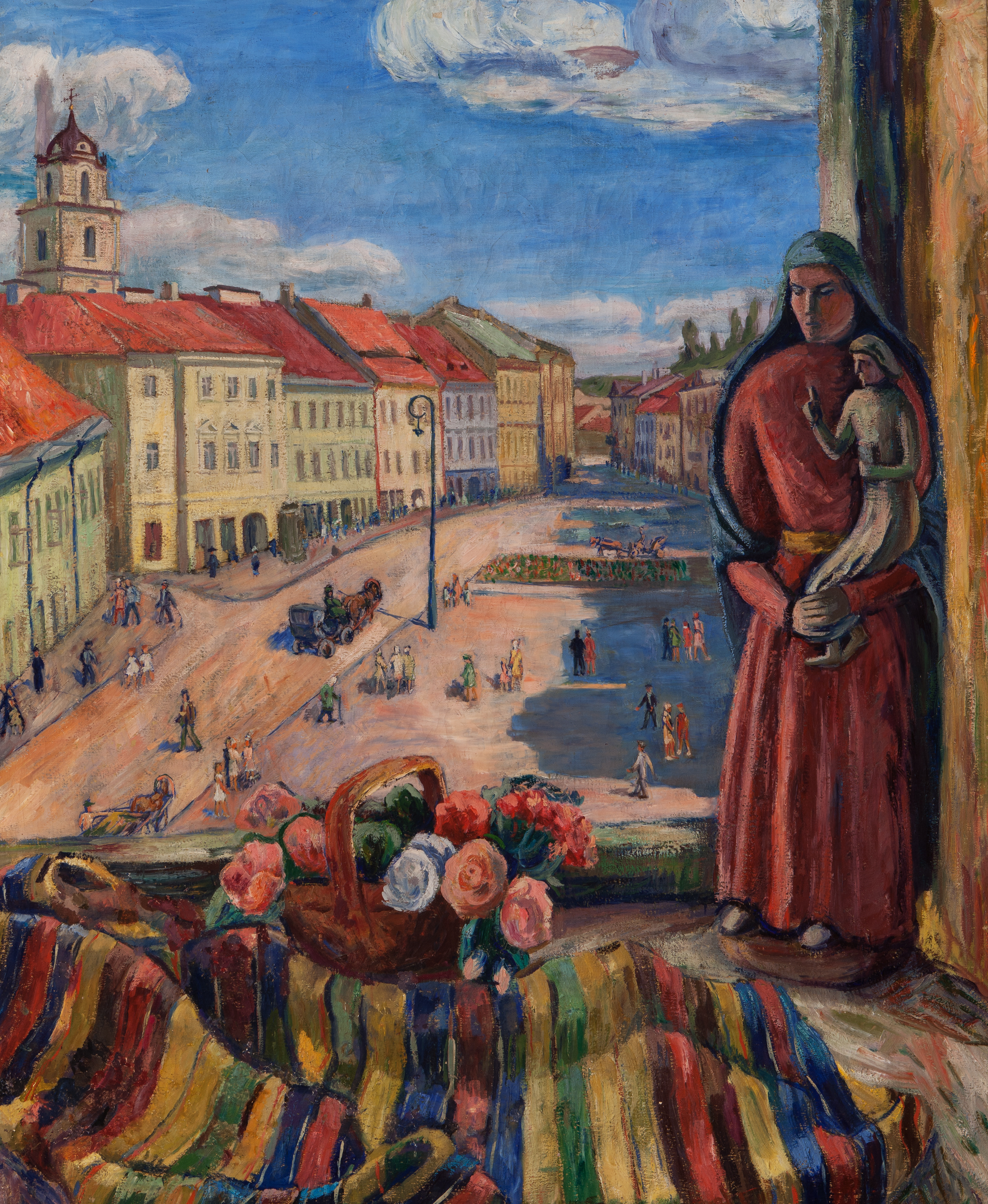 During various periods, Vilnius has been presented to the public in artworks numerous times. The goal of this particular exhibition is to show the city during the hardships of war and the difficult years that followed, spanning the period from 1939 to 1956 and revealing how Vilnius was seen and depicted by the artists who lived and worked here at that time.

After the Second World War, the art scene in Lithuania and the country’s life in general was highly affected by political events. Only a handful of Lithuanian artists lived in Vilnius during the period when it was back in Lithuanian hands: sculptor Rapolas Jakimavičius (1893–1961), architect and engineer Juozapas Kamarauskas (1874–1946), artist Vladas Drėma (1910–1995), while Balys Macutkevičius (1905–1964) and Vaclovas Kosciuška (1911–1984) returned here right before the war. On 14th June 1940, under the orders of the minister of education, the Vilnius School of Arts was established (in the premises of the Faculty of Art of Stefan Batory University) and went on to be reorganised into the Vilnius Academy of Arts on 5th June of the following year. A strong core of educators gathered around Vilnius Academy of Arts: Juozas Mikėnas (1901–1964), Viktoras Vizgirda (1904–1993), Justinas Vienožinskis (1886–1960) and others, who were all considerably influential for art in Lithuania. Adolfas Valeška (1905–1994) had already been living in Vilnius at that time and became appointed the director of the Vilnius City Museum. Later after the war, Vytautas Jurkūnas (1910–1993), Irena Žebenkienė (1909–1985) and others also moved in and joined the local artist community.

Although overtaken by the chaos of war, Vilnius was seen by artists as a true urban treasure. The architecture of the old Vilnius fascinated Lithuanian artists, and the sights of the old town were more or less reflected in their creative work. V. Vizgirda and Antanas Gudaitis (1904–1989) in particular painted a lot of landscapes depicting the ensemble of the churches of St Michael and the Bernardines. Mečislovas Bulaka (1907–1994) created a series of sanguine drawings “Sights of Vilnius Old Town” (1943–1950). Jonas Kuzminskis (1906–1985) immortalised the monuments of Vilnius in linocut and sketches. The panoramas of Vilnius, its curved narrow streets, its harmonious relationship with nature, and its surroundings fascinated Justinas Vienožinskis, Pranas Gudynas (1919–1979) and Eugenija Jurkūnienė (1907–2005). An abundance of pictures of Vilnius Old Town is also featured in the creative work of Rafael Chvoles (1913–2002), who lived in Vilnius up until 1959 and focused mainly on the subject of the ghetto.

There is a limited variety of Vilnius sights in art, as many artists often chose to depict the same objects, but because of their personal approach and stylistic features, the creations are still unique. Often, the artworks take the shape of modestly-sized sketches painted while looking at Vilnius Old Town through the window.

The exhibition comprises the following parts: “Panoramas”, “The Architecture of the Old Vilnius”, “A Walk in the Streets”, “Yards and Courtyards”, “The City and its Green Spaces” and “Suburbs”. In total, over 200 paintings, graphic artworks and sculptures are on display. The majority of the items belong to the Lithuanian Art Museum. Artworks were also lent for the exhibition by M. K. Čiurlionis National Museum of Art, Kaunas City Museum, Lithuanian Art Centre Tartle, the Lewben Art Foundation and the Lithuanian Expatriate Art Foundation, Lithuanian Nature Research Centre, Vilnius Academy of Arts, Dr Jaunius Gumbis, Aurelija Kosciuškaitė-Petkevičienė, Algirdas Petrauskas and Julius Sasnauskas.

Linas Jusionis' exhibition at Zebrastaat gallery in Ghent, Belgium New artwork in the collection – "The Monsters Inside" by Patrizio di Massimo