Exhibition "Under Italian Skies. Lithuanian artists' works from the 18th–first half of the 20th century"

On December 1 at 4 pm the exhibition "Under Italian Skies. Lithuanian artists' works from the 18th–first half of the 20th century" will open at Vilnius Picture Gallery (Didžioji st. 4). The works by Lithuanian artists created in and inspired by Italy are presented in this exhibition in themes that help us comprehend the attraction of this country's art and culture, its influence on Lithuanian art, and to imagine how artists from different generations saw and captured the sun-lit Southern land in their works, rich in natural and cultural monuments. Paintings by Pranciškus Smuglevičius, Jonas Mackevičius and Szymon Czechowicz from the collection of the Lewben Art Foundation are on view in the exhibition. 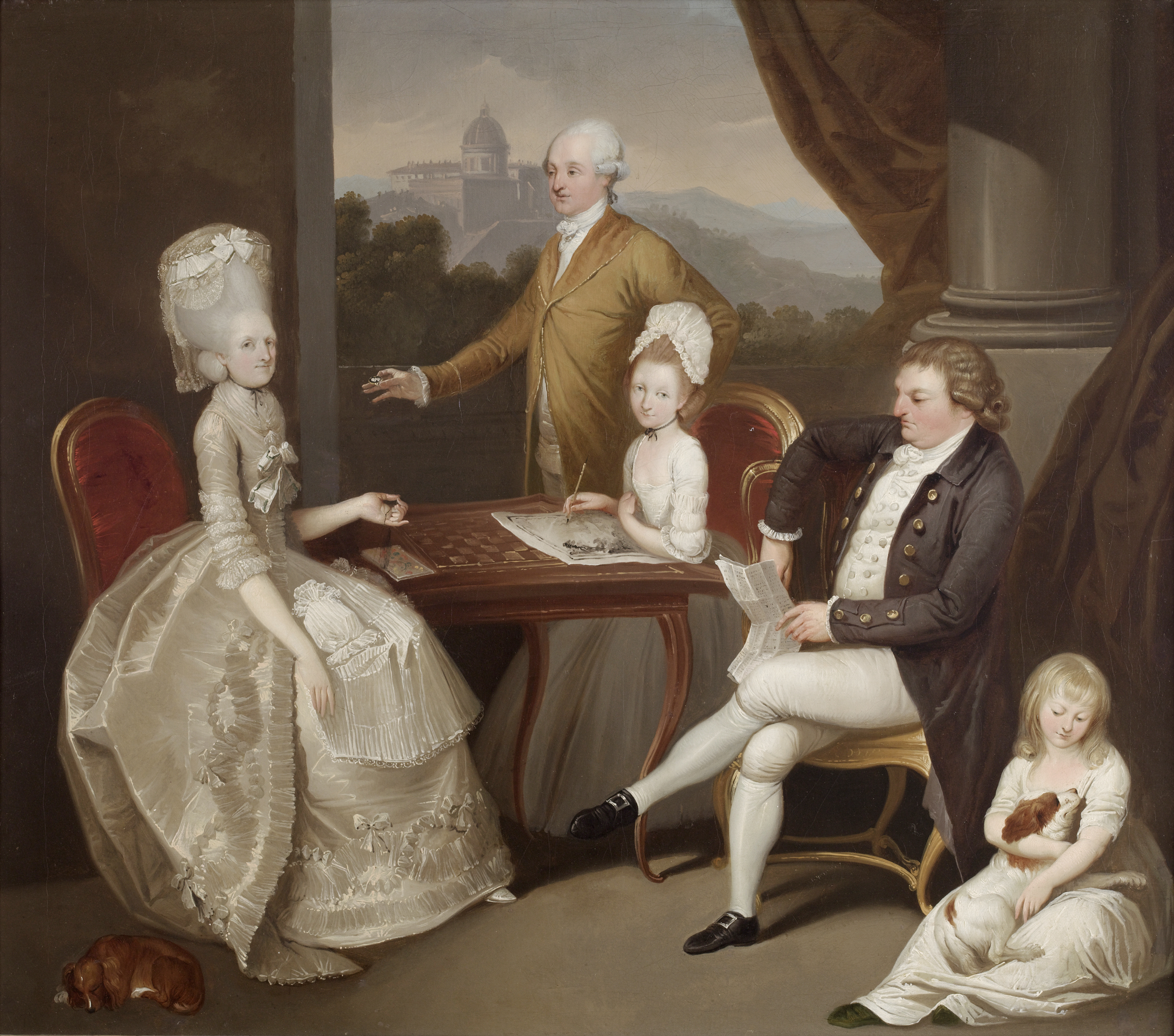 Journeys and visiting the most famous architectural and art monuments, galleries and museums in Europe, studies at European art centres, foreign art academies and in the studios of famous painters were an important factor in the professional advancement of artists from various epochs. This was a dream that for some became a reality, while for others was never fulfilled...

From the Renaissance until the 19th century, Italy was the leader in art in Europe, whereas the Accademia di San Luca founded in Rome in 1577 was considered the finest professional education institution for artists in Europe. It is no wonder that roads from all over the world led artists to Italy and the Eternal City, Rome.

One of the most famous 18th-century Lithuanian and Polish painters, Szymon Czechowicz, lived, studied and worked in Italy for twenty years. This country shaped the character and creative brush-stroke of the first professor of the Department of Drawing and Painting of Vilnius University, Franciszek Smuglewicz. Like Czechowicz, Smuglewicz also spent twenty years in Italy, studying at the Accademia di San Luca, painting portraits and pictures of altars, studying and drawing monuments from Antiquity, making the acquaintance of artists, architects, archaeologists, collectors and publishers.

The Paris Academy of Art became an art education centre of international significance in the 19th century, German art centres like Berlin, Dresden and Munich also became more important, yet studies in Italy and the importance of learning about this country's cultural heritage did not diminish.  Italy remained one of the main countries where the best students of Vilnius University's art departments were sent on internships. Incidentally, due to funding shortages, by no means did every deserving student have the opportunity to receive such university scholarships. Among those who did receive scholarships were Johann Gottlieb Kissling who went on to study in Florence, Rome and Milan in 1823–1824, and Bonawentura Klembowski who studied in Dresden, Rome and Paris in 1828–1832; other Vilnius University students went abroad to pursue self-funded studies or with the support of wealthy patrons. Kanuty Rusiecki spent probably the longest period in Italy (around ten years), while Jan Trojanowski, Juliusz Miszewski, Julian Karczewski, Roman Postępskis, Jan Baniewich, Antony Bielkiewicz and other Vilnius University students lived in Italy for shorter or longer intervals.

In the middle to the second half of the 19th century, artists including Albert Żamett, Józef Marszewski, Alfred Izydor Rómer, Jan Zienkiewicz, Bolesław Rusiecki, Michał Elwiro Andriolli, Tadeusz Gorecki and Helena Skirmuntt visited Italy, spent time living there, and painted or drew its natural surroundings, people and architectural monuments. Italy attracted 19th-century artists not only as an Antiquity, Renaissance and Baroque art monument, for its rich art collections, impressive musuems and galleries, but also because of its excellent climate, its painterly landscapes, bright sunlight and brilliant blue skies – all of these conditions suited plein air painting perfectly.

In the first half of the 20th century, Stanisław Jarocki, Kazimierz Stabrowski, Petras Kalpokas, Rimtas Kalpokas, Kajetonas Sklėrius and Vytautas Kairiūkštis, as well as numerous other Lithuanian artists, travelled around Italy to study and for personal familiarisation reasons. The painter Jonas Mackevičius spent a whole fifteen years living and working on the island of Capri.

The works by Lithuanian artists created in and inspired by Italy are presented in this exhibition  in themes that help us comprehend the attraction of this country's art and culture, its influence on Lithuanian art, and to imagine how artists from different generations saw and captured the sun-lit Southern land in their works, rich in natural and cultural monuments.

Works for this exhibition have been loaned from the M. K. Čiurlionis National Museum of Art, the National Museum of Lithuania, the Šiauliai Aušros Museum, the Samogitian Museum “Alka”, the Kaunas City Museum, the Wroblewski Library of the Lithuanian Academy of Sciences, the Ellex Valiunas legal firm, the Lewben Art Foundation and Dr. Jaunius Gumbis.

Exhibition “From Realism to the Object. Lithuanian World Art in the Collection of the Lithuanian Expatriate Art Foundation" opens in Marijampolė Personal exhibition by Kristina Ališauskaitė "Realities in the Making“