On May 7, 2014, at 6 p.m. in Jonas Mekas Visual Arts Center at Gynėjų str. 14 in Vilnius the exhibition “Inversion. Evil Goods” will open its doors. 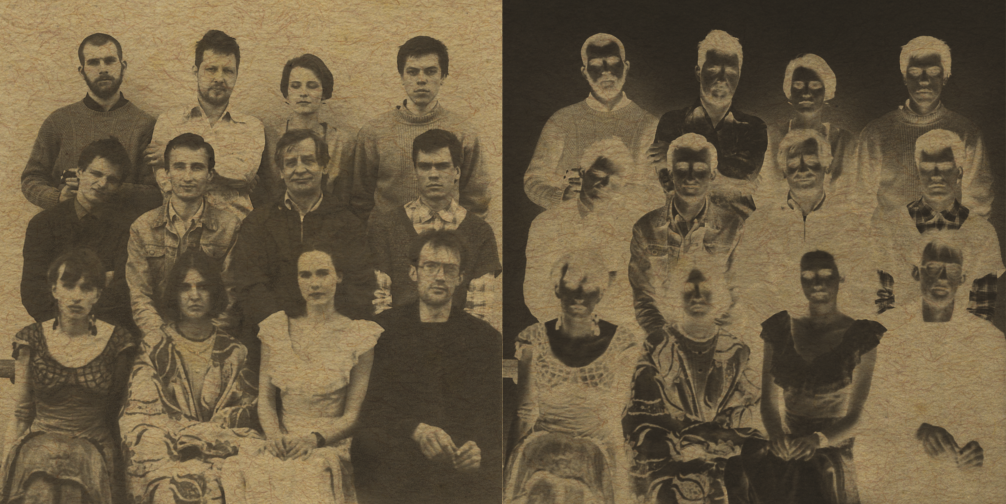 On May 7, 2014, at 6 p.m. in Jonas Mekas Visual Arts Center at Gynėjų str. 14 (the Vilnius Gates complex) in Vilnius  the exhibition “Inversion. Evil Goods” will open its doors.

In 1992, twelve students of world-famous painter Kęstutis Zapkus organized their exhibition Good Evils to become the first manifestation of conceptual interdisciplinary art at Contemporary Art Centre (CAC) in Vilnius. 22 years later, the most recent works of these artists are exposed next to the earlier ones to turn the perspective upside down and have a fresh look at their experiments through today’s prism.

The artists’ starting point was their very first exhibition and its participaints, who were known at those times as The Vilnius Dozen: Aidas Bareikis, Patricija Jurkšaitytė, Leila Kasputienė, Žilvinas Kempinas, Saulius Kruopis, Giedrė Lilienė, Julius Ludavičius, Ieva Martinaitytė-Mediodia, Saulius Mažylis, Audrius Šumskas, Gintautas Vaičys, and Raimondas Žilys. Later, the title of their exhibition became the title for the whole group, while other artists also exposed their works under the Good Evils flag (Deimantas Narkevičius took part in the Advent Bunch at CAC in 1992, and Artūras Raila and Evaldas Jansas participated in The Whale’s Belly in 1995).

The students based their choice on their experience of working together under Zapkus’ guidance, when they explored new strategies, kept diaries in their quest for new topics, were active participants at discussions of each other’s works, and even created a common project – nine canvases composed of nine rectangles, of which only one was original and the others were copies of the author’s classmates’ works. (Truly speaking, this thesis was not admitted to defence). Their common process highlighted the non-hierarchic conception of creative work, as well as of cooperation, which also makes a significant part of this exhibition. No one is rating the best ones, but looks at the overall context instead to find the conceptual meeting points and common grounds.

The process of arranging the exhibition turned into contemporary archaeology with elements of anthropological research. The artworks were collected from all kinds of different places: summerhouses, cellars, Mum’s studio, or the house of someone’s sister. The presentation of the installations and series of works has a metonymical character, when a fragment represents the whole. The most recent works have been borrowed from Lewben Art Foundation and the artists proper. Photographs, press articles and movies extend the exhibition.

The opposite notional cut group was the name that the members called themselves back in 1995 in a Lithuanian youth magazine. Their strategies of conceptual turning upside-down, paradox and inversion are also relevant in this exhibition. Another important element is the dialogue as a combination of different cultural traditions. It is not an attempt to reconstruct history by chronological restoration of individual creative trajectories. It is a retroactive inversion that connects the positive and negative prints from different time zones.

The exhibition will run until May 17