On 29 October at the Lithuanian National Museum of Art Vilnius Picture Gallery (Didžioji st. 4, Vilnius) exhibition "The Painter of Pagan Lithuania: Kazimierz Alchimowicz", dedicated to the 180th birth anniversary of the artist, will open. The Lewben Art Foundation has loaned the painting "Valley of Tatra" by Kazimierz Alchimowicz for the show. 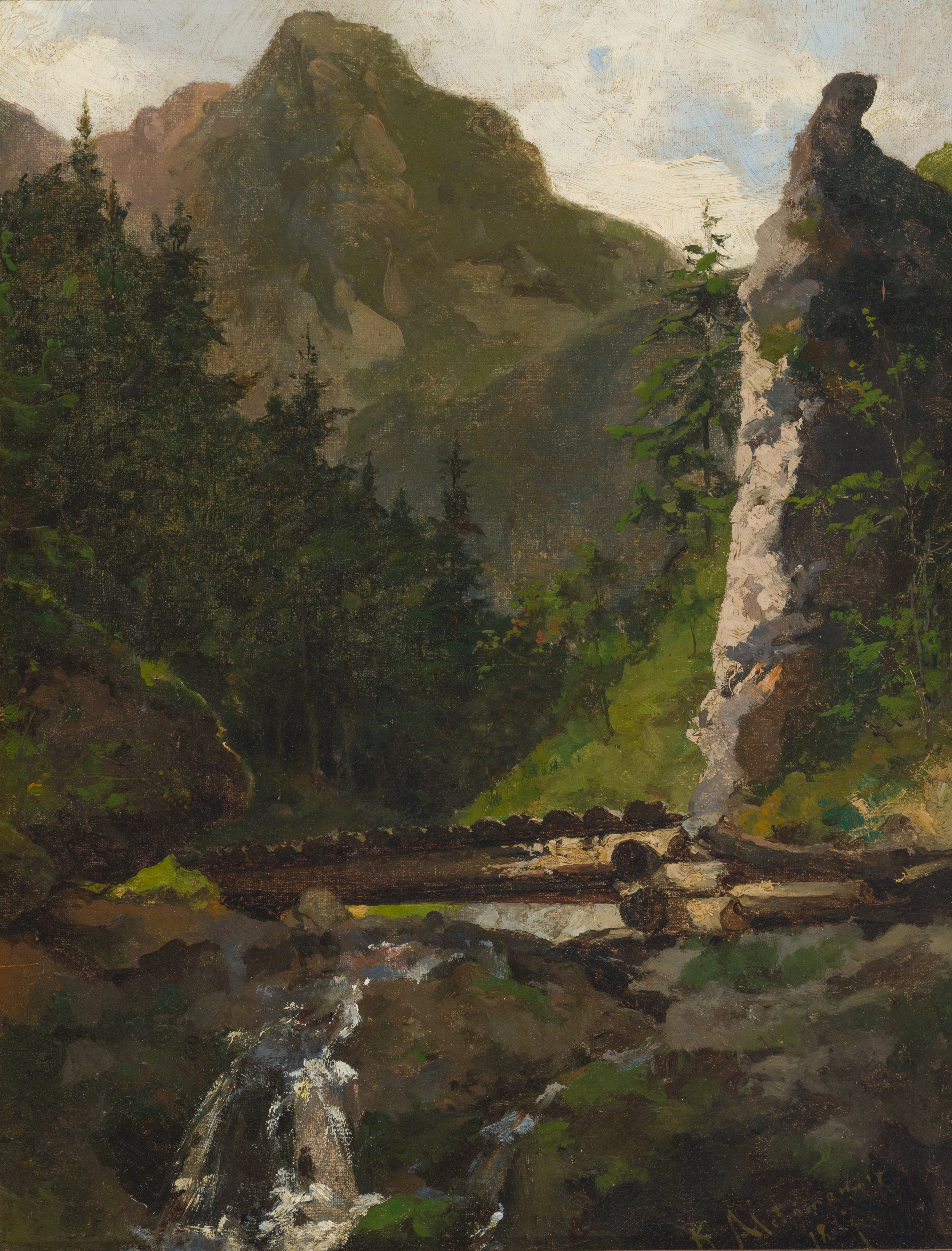 Kazimierz Alchimowicz became known for his large-format paintings depicting Lithuanian history, and in particular the history and mythology of pagan times (“Milda”, “Gedymin’s funeral”, “Lizdeika with his daughter Pajauta at the Destroyed Temple of Perkūnas”, “Margiris’ Death” and others). Because of this reason, he is often called the painter of pagan Lithuania, the “Adam Mickiewicz of painting”.

The artist came from the lands of the former Grand Duchy of Lithuania (born on December 20, 1840 in Dembrava, Lida district), and received his education from a gymnasium in Vilnius. He belonged to that generation of Lithuanian and Polish artists which saw its life and creative work heavily shaped by the January Uprising. Having fought near Vilnius and Lida, Alchimowicz was exiled to Verkhoturye beyond the Ural Mountains, where he spent 6 years of his life. After amnesty, he moved to Warsaw and studied in a Drawing Class (Klasa Rysunkowa) sponsored by the Saint Petersburg Academy of Arts, and in the private study of Wojciech Gerson. From 1873 to 1875, he continued his studies in the Academy of Fine Arts in Munich where he was taught by Alexander Wagner. He spent the years from 1876 to 1878 in France. At the end of 1877 or in 1878, the artist moved back to Warsaw. In 1880, he opened his painting studio there and began teaching drawing in the Bronislawa Poswikowa’s School of Drawing and Sculpture. Kazimierz Alchimowicz died on December 31, 1916 in Warsaw, and is buried in the Powązki Cemetery.

The artist painted monumental neo-romantic compositions on the themes of Lithuanian history and mythology, landscapes of Vilnius surroundings, the Tatra and Pieniny Mountains, compositions from everyday life, portraits, and created pictures on the topics of the January Uprising and exile, as well as paintings and wall painting compositions for churches. He frequently found inspiration in the works of romantic poets, and painted a twelve-picture series based on the motifs of Adam Mickiewicz’s poem “Pan Tadeusz”.

Kazimierz Alchimowicz participated in exhibitions in Poland, Vilnius (in 1893, 1897, 1899, 1902, 1905, 1908, 1911, and 1914), Saint Petersburg, Munich, Vienna, Paris, Berlin, Gent, Chicago, San Francisco, Los Angeles and other cities. He was well received by critics and won a number of awards for his work. In 1888, in Saint Petersburg, he was awarded the first prize from the Lithuanian Art Society for the “Gedymin’s funeral” composition, the same work that later, in 1889, won him a gold medal in Paris. In 1890, the artist received first prize in a competition held in the name of Wojciech Gerson for his painting “Milda”, and was awarded the Minor Gold Medal in 1891 for the same work at the International Art Exposition in Berlin. In 1893 and 1898, Kazimierz Alchimowicz received awards from the “Tygodnik Ilustrowany” magazine, as well as a silver medal in an exhibition in Lviv in 1894. The artist’s critical acclaim was followed by collectors’ interest. Alchimowicz’s art was highly sought-after in the art market. Regrettably, for a long time there were only four of the painter’s works in Lithuania, preserved in the Lithuanian National Museum of Art – two paintings, gifted by Alchimowicz himself to the Art and Science Museum in Vilnius at the beginning of the 20th century, and two drawings. Luckily, this number has grown thanks to Lithuanian collectors’ efforts over the last 30 years since the Restoration of Independence of Lithuania, and in this exhibition, commemorating the 180th anniversary of the artist’s birth, we are able to exhibit not four, but fifteen works of varying genres and themes. These include the replica of the famous “Milda”, painted by the artist himself in 1910.