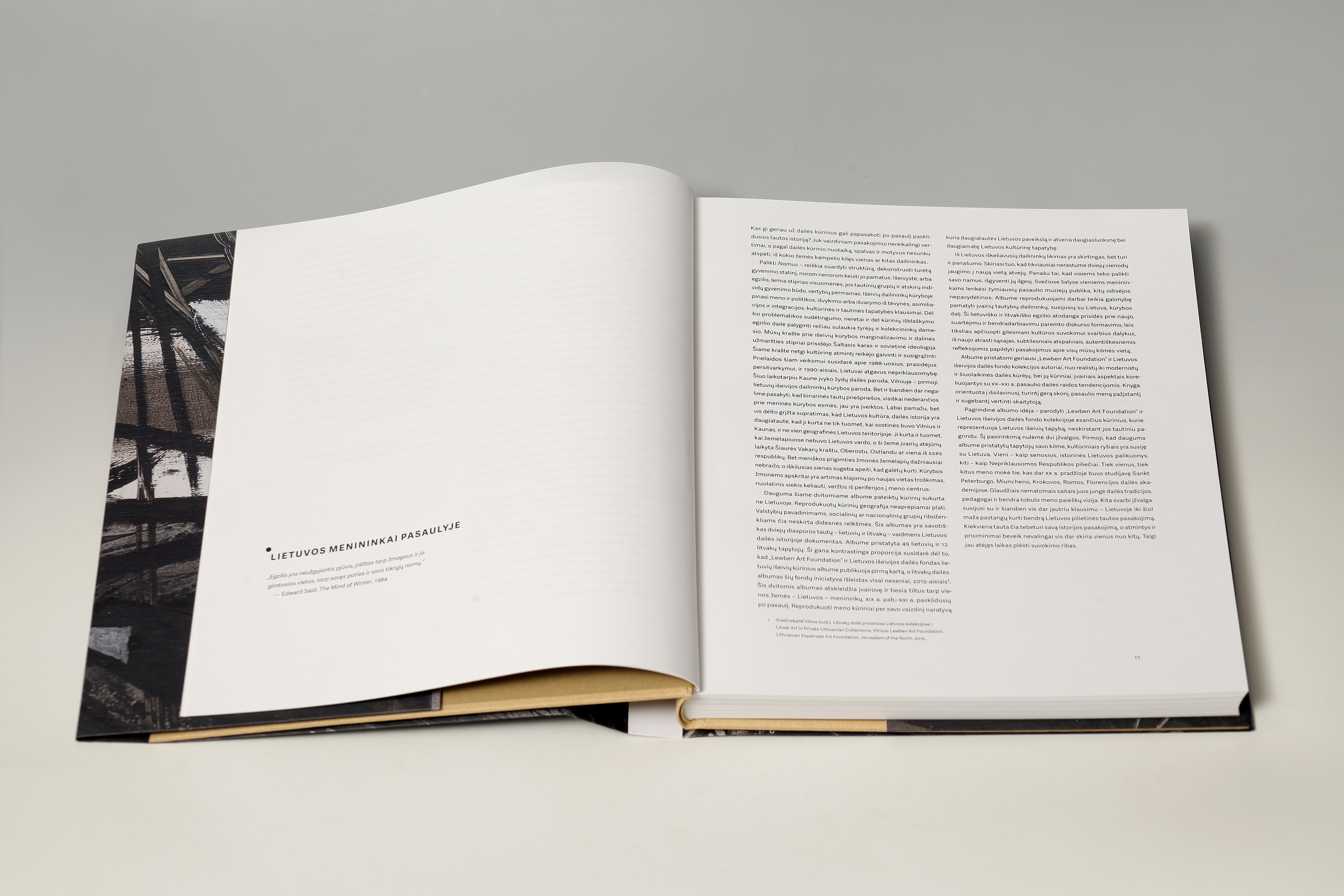 DR Rasa Andriušytė-Žukienė, the compiler of the album, presents the topic of expatriation from the point of view of readdressing. According to the scientist, ‘the phenomenon of memory is inseparable from communication, thus, under appropriate circumstances, readdressing happens and works as well as the split national cultural memory return.’ The expectation is that this album will become an exhaustive source presenting expatriate art and a wonderful opportunity for the art lovers in Lithuania to get to know expatriate art better. Hopefully, to our foreign guests it will become an excellent representation of the successful Lithuanian painters who worked in emigration.

The choice of artistic and graphic means to present Lithuanian expatriate art to the readers made by the editorial designer Viktorija Leleivė was of key importance. When working on the design of the album, the artist chose twosomes and the image of a journey from point A to point B as her key focus. According to V. Leleivė, the choice was determined by many various circumstances: ‘This is a two-volume album that presents painters representing two nations – Lithuanians and Litvaks. Moreover, the album is in two languages. The dual nature is reflected in the topic of the album: home (Lithuania) and exile (expatriation), East and West. Finally, the title of the album is ‘Readdressed’. It also is of a dual nature, presenting the journey between points A and B.’ This viewpoint suggested the choice of certain graphical elements in designing the album, in particular the two dots reminding of the symbols that are used to draw a map.

The Ministry of Culture, in cooperation with the Lithuanian Artists' Association and Vilnius Academy of Arts, annually organizes the competition for the best artwork and polygraphic performance by Lithuanian publishing houses. This year the designer Viktorija Leleivė received the diploma for the book "Readdressed 1. Lithuanian and Litvak Painting in the Lithuanian Expatriate Art Foundation”.