New artwork in the collection – "Cotton Field" by Soly Cissé

The Lewben Art Foundation has acquired sculpture "Cotton Field" (2018) by Soly Cissé, a mixed media painter and sculptor from Dakar. Cissé is one of Senegal's most celebrated artists. 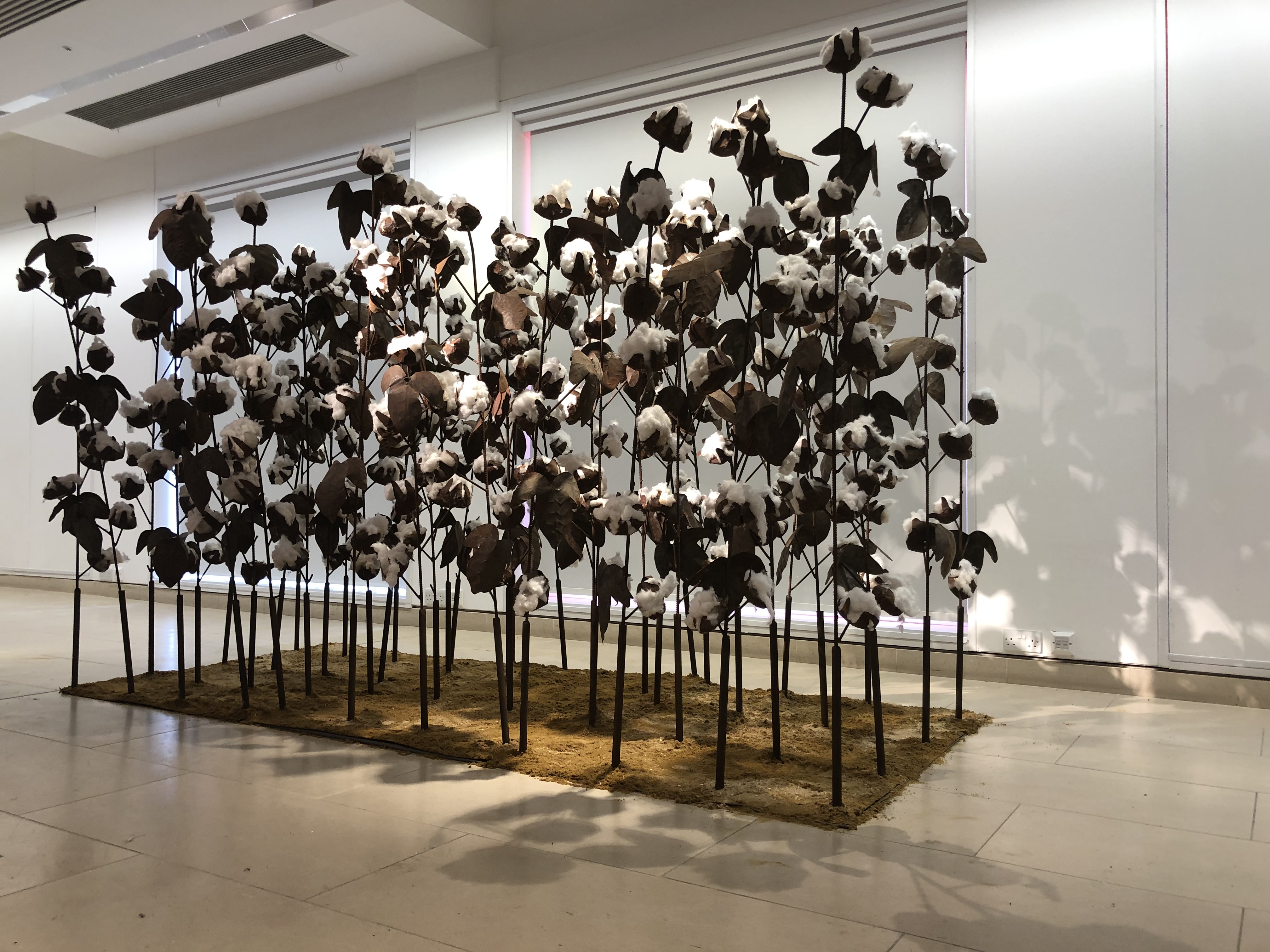 Cissé graduated from the Ecole Nationale des Beaux-Arts in Dakar, in 1996. He has had numerous exhibitions in galleries and museums in Europe, the Americas and throughout Africa. He is listed by Forbes as among the top 100 contemporary African Artists based on monetary value alone.

Cissé's artworks are profoundly inspired by and contextualized through his upbringing. He grew up during an epoch of transition, following Senegal's period of social and political unrest, where art served as mode of social activism and self-expression for the disenfranchised persons. His work, like a portal where the imagined and physical realms convene, intuitively explores notions of duality and repetition; tradition and modernity, the spiritual and the secular.