On 20 November the exhibition devoted to renowned filmmaker's Jonas Mekas work opens at National Gallery of Art in Vilnius. ‘Jonas Mekas and the New York Avant-Garde’ presents Jonas Mekas’ (1922–2019) work in the expanded sense. It covers his filmic practice as well as his intellectual and organizational approach to building and running multiple institutions and fostering new habits of looking at film as an art form. The Lewben Art Foundation is one of the sponsors of the exhibition. 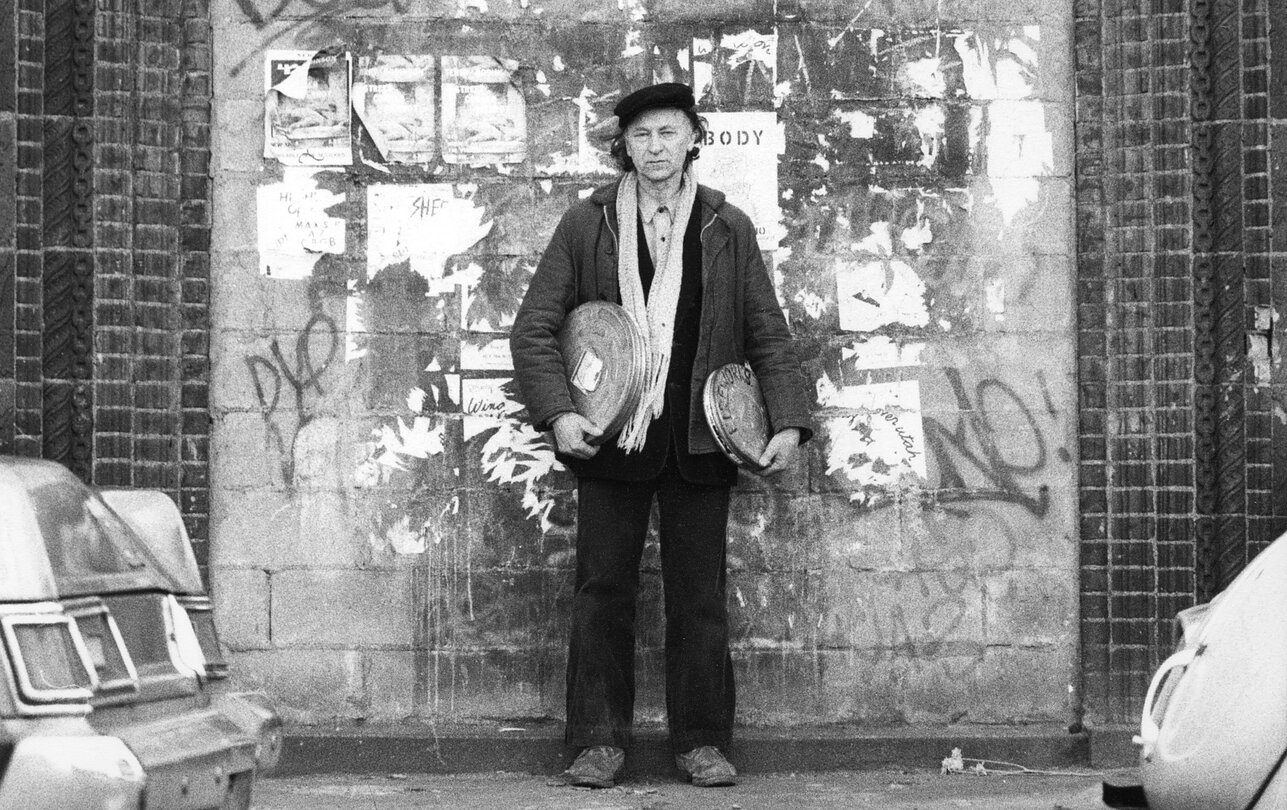 Jonas Mekas in front of the bricked up main door of the just acquired Courthouse building, 1979. Courtesy of Jonas Mekas Estate

The exhibition focuses on the first three decades of Mekas’ activities, starting with his coming to New York as a displaced person in 1949, through to him becoming a central figure in advocating, producing, distributing, promoting, and preserving the filmic avant-garde.

It features Mekas’ filmic corpus, including his celebrated diary films that epitomize his lifelong practice of recording glimpses of everyday life: while they show personal experiences, marked by exile, longing, family, and friendships, they are also steeped in the social and political events of the day. Though known primarily as a poet and a filmmaker in Lithuania, even before premiering his first film, Mekas together with his brother Adolfas Mekas began publishing Film Culture magazine in 1955 and soon joined the Village Voice as a film critic propagating his ideas about film as an art form of personal expression and calling for a new kind of cinema free from censorship and existing production and distribution systems.

An alternative arts movement sprang up across New York in the postwar years, as artist-run spaces, groups, and cooperatives took the production and distribution of art into their own hands in response to mainstream institutional structures and official cultural politics. Mekas had been a crucial part of it. This decade marked Mekas’ embrace of the avant-garde spirit, as he took part in the formation of the New American Cinema Group, and the establishment of the Film-Makers’ Cooperative, the Filmmakers' Cinematheque, and Anthology Film Archives. These activities are presented in the exhibition through a selection of critical writings, photographs, magazines, institutional ephemera, and other archival material.

Of the vast repositories of personal and professional items amassed in Mekas’ personal archive, a comparatively tiny proportion is presented in the exhibition. Mekas’ dedication to preserving the work of independent filmmakers, and his own film diaries manifest the passion of an archivist. Images, sounds, and materials he collected and organized throughout his lifetime serve today as an entry point into the fascinating history of avant-garde film culture in postwar New York.

The exhibition pays tribute to the burgeoning American avant-garde film scene and contextualizes Mekas’ output by presenting a selection of works by filmmakers who shared his aesthetic sensibility, whom he championed, and with whom he worked, among them Stan Brakhage, Shirley Clarke, Maya Deren, Marie Menken, Andy Warhol, and others.

'Jonas Mekas and the New York Avant-Garde’ is accompanied by a publication (in English) titled Jonas Mekas: The Camera Was Always Running, co-published by the Lithuanian National Museum of Art and the Jewish Museum in New York.