Exhibition "The Shine" at the National Gallery of Art

On 11th April the exhibition "The Shine" will open its doors. The exhibition will feature the work of three artists of the same generation. In the late 1980s and early 1990s, Aidas Bareikis, Patricija Jurkšaitytė and Žilvinas Kempinas studied painting together at the Vilnius Academy of Art. 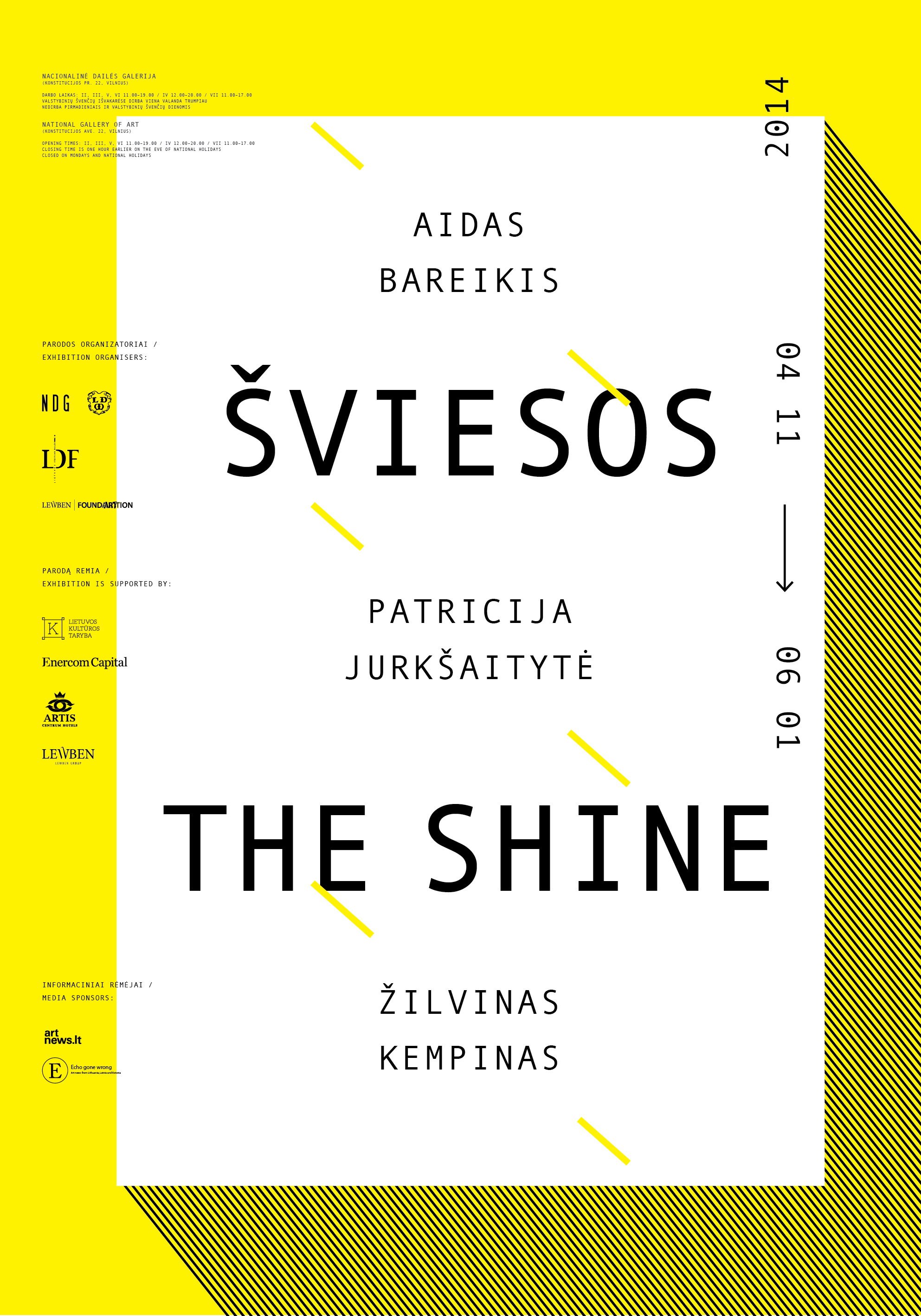 On 11th April the exhibition "The Shine" will open its doors. The exhibition will feature the work of three artists of the same generation. In the late 1980s and early 1990s, Aidas Bareikis, Patricija Jurkšaitytė and Žilvinas Kempinas studied painting together at the Vilnius Academy of Art. Kęstutis Zapkus, a New York-based artist who is currently exhibiting in the National Gallery of Art alongside "The Shine", taught them for half a year in 1992.

At first glance, although they are historically related, the works by these artists have little in common. Bareikis’ installations do not seem to be contained within themselves. The excesses of our civilised world, perceived through the aesthetics of the repulsive and the abject, burst out in them. They seem to be related to the work of other artists who were prominent on the international art scene in the 1990s, such as Thomas Hirschhorn, Mike Kelley, Matthew Barney and John Bock.

In her reserved ‘realistic’ paintings, Jurkšaitytė interprets both art history and popular visual culture. The vacant interiors of her works resemble 15thto 17th-century masterpieces, hotel advertisements, or antique shops that attempt to recreate the past.

Kempinas’ rational yet poetic work has its own way of echoing the Op Art of the mid-20th century. His installations follow strict geometric patterns, their weightless matter becomes monumental, and what is commonplace becomes fragile and bodiless.

The works of art scattered around the halls of the National Gallery of Art seem to live out their own separate lives: each one interacts differently with the dynamic architectural spaces, and each one addresses the viewer differently. Nevertheless, it is possible to find a common theme, which is both important and transparent, manifesting itself differently in the work of each artist, and achieving a different after-effect in each context. It is the golden sheen in Bareikis’ installations; which mutates into a deceptive gloss, misleading our senses in Kempinas’ work; and transforms into the dazzling glare of a lamp, or dim daylight coming in through windows, in Jurkšaitytė’s paintings.

Whether it is sheen, gloss or glare, it is light, which, from a physical point of view, contributes to all these situations. Nonetheless, alongside the literal meaning of the word, a sublime symbolic meaning inevitably attaches itself, changing its status in the context of the exhibition. A light which symbolises truth, morality and the absolute, and which is important in modern culture, has little in common with the kinds of light that surface in the work in the exhibition, born out of postmodern culture, each of which has a different effect and reputation. In Bareikis’ installationAccidious, a reflection of light is emitted by the tangled-up structures of cheap glossy materials. Kempinas’ columns lose their inherent stability in a play of light, and are submerged in a constant process of change. In Jurkšaitytė’sHotel Rooms, the gloss of the objects and the blinding glare of lamps drown out the natural light coming in through the windows, and create the tense atmosphere of an operating theatre. In other works by her based on Robert Campin’sMadonna and Child before a Fireplace and Leonardo da Vinci’s Last Supper, the dim daylight entering the rooms testifies to the absence of the saints, simultaneously becoming the principal character in the paintings.

In the 1990s, two of the artists featured in the exhibition, Bareikis and Kempinas, moved to New York, putting down roots in American metropolitan culture. On the other hand, Lithuania, where Jurkšaitytė, the third participant in the exhibition, stayed, has also undergone substantial transformations, soaking up West European influences. This area of cultural mutation unfolds in the exhibition, and is also addressed in the name we chose for it. Instead of the one word light (šviesa in Lithuanian) which lays claim to universal values, we decided on two words with different meanings in English and Lithuanian. One of them is shine, a word that is somewhat resistant to translation. It can mean both direct and reflected light. It combines two metaphorical antonyms: light (šviesa in Lithuanian), which is absolutely positive; and gloss (blizgesys in Lithuanian), which expresses a degree of shallowness. The other words, the Lithuanian šviẽsos (lights in English), as if borrowed from cars or concert halls, is simpler and more down to earth, as well as being lighter and more open, a more non-committal relative of the word light (in Lithuanian šviesa).

Exhibition "Kęstutis Zapkus. A Retrospective of Painting" at the National Gallery of Art The exhibition “Hello, Paris! The Path of Litvak Artists“ is prolonged