Exhibition “Hello, Paris! The Path of Litvak Artists” in London

On 12th November exhibition “Hello, Paris! The Path of Litvak Artists”, organised by the Lewben Art Foundation, will be opened in Europe House and on 2nd December in Lithuanian Embassy in London. 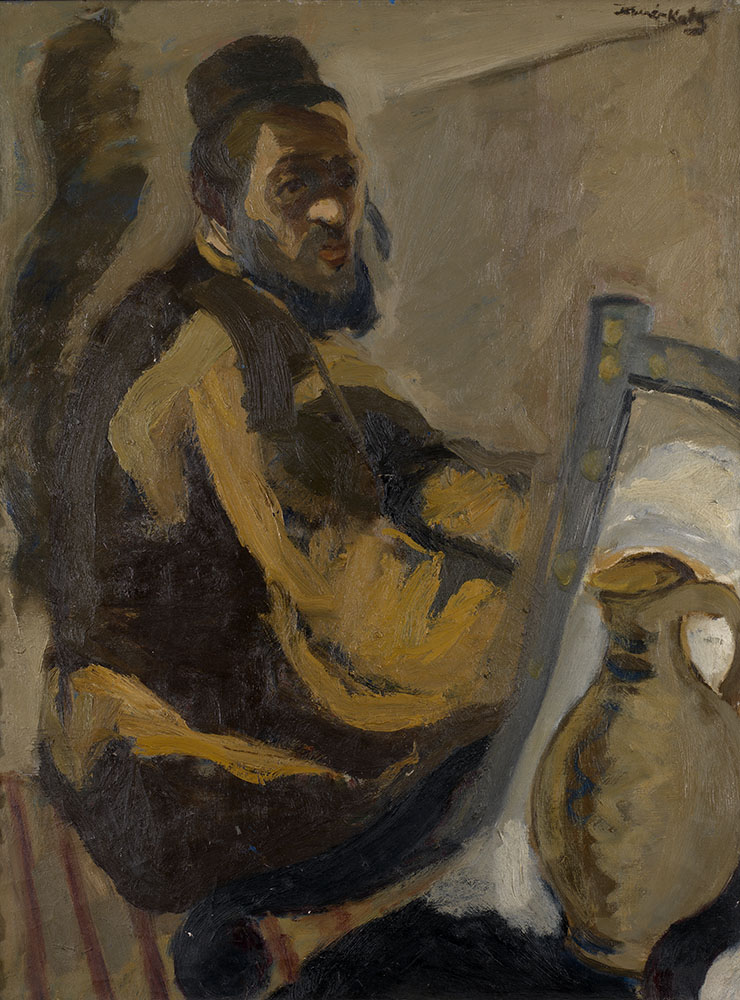 Emmanuel Mané-Katz. Portrait of a Jew

In the early 20th century, every youth who was starting out on a career in art dreamed of going to Paris. The mecca of artists was bustling with artistic life, in private studios and schools, salons and galleries, and cafés and bars, where every day a new trend in art was born. Paris was especially alluring to young Litvaks, Jews from the western provinces of the Russian Empire, and later independent Lithuania.

There were two waves of Litvak migration to Paris. The first took place before the First World War. It included students from the Vilnius School of Drawing, such as Pinchus Krémègne (1912), Michael Kikoïne (1912) and Emmanuel Mané-Katz (1913). Emigrés from independent Lithuania, such as Max Band (1924) and Neemiya Arbit Blatt (1926), joined the Litvak artistic community in Paris after the war.

In their search for accommodation in line with their slender means, most migrant artists settled in the Montparnasse area, which was less expensive than the districts of Montmartre and Bateau-Lavoir that were popular with artists. The sculptor Alfred Boucher had divided the wine cellar pavilion left over from the Paris World’s Fair of 1900, and several other surrounding structures, into small studios, 80 altogether, where hard-up artists could find shelter and work. Due to its shape (it was round), and all the artists scurrying around the place, the pavilion was given the nickname La Ruche (The Beehive).

The migration of Litvak artists and their intense lifestyle to La Ruche, where they were free to experiment, influenced the evolution of a new trend in art, the École de Paris, or the Paris school. Litvaks who were born into and raised in religious Jewish families in small towns in Eastern Europe, or shtetls, brought a unique perception and outlook to Paris. In Litvak art, the Jewish shtetl culture and their distinctive approach to national art became intertwined with the trends that prevailed in art at the time in Paris, such as Post-Impressionism, Cubism, Futurism and Fauvism. This synthesis shaped a trend in the École de Paris that was also known as French, or French-Jewish, Expressionism.

French Expressionism is characterised by its elegance and reserved means of expression, flat forms, emotional brushstrokes, and highlights in rich and bright colours. Artists were interested in the here and now of the surrounding life, city squares and streets, the noises of cafés and markets, the pleasures of merry-go-rounds and the circus. They took an equal interest in portraits of friends and wives, the nude female body in the studio, a red apple left on a windowsill, or a vase of flowers, and wide views of their surroundings. No matter what the artists depicted, their work is dominated by lyricism, nostalgia, poetry, intimacy, and that Jewish melancholy that does not lend itself easily to verbal description. The stylistics of French Expressionism were popular from 1910 to 1940. The École de Paris trend was represented by several hundred artists, including about 60 Litvaks from Eastern Europe, and more than 150 Jewish artists from around the world.

Exhibition will run in 12 Star Gallery until 21 November; in Lithuanian Embassy in London until 1 April.

Moments from the opening of the exhibition “Hello, Paris! The Path of Litvak Artists” in London Quadrennial 2014 – аrt on a flagpole