The painting “Bullfight” by Jonas Rimša (1903–1978) has recently entered the collection of Lithuanian Expatriate Art Foundation. The dramatic scene describes the moment when the bull strikes the matador. The collection of paintings by Jonas Rimša owned by the Lithuanian Expatriate Art Foundation is important because it is one of the largest collections in Lithuania, and spans the entire range of the artist’s creative work. It includes the most sophisticated paintings of his Indian period, completed between his time in Bolivia and the end of his life. The collection holds many paintings that were shown in the artist’s own exhibitions, including some that received positive reviews in the press and which have been reproduced on numerous occasions. 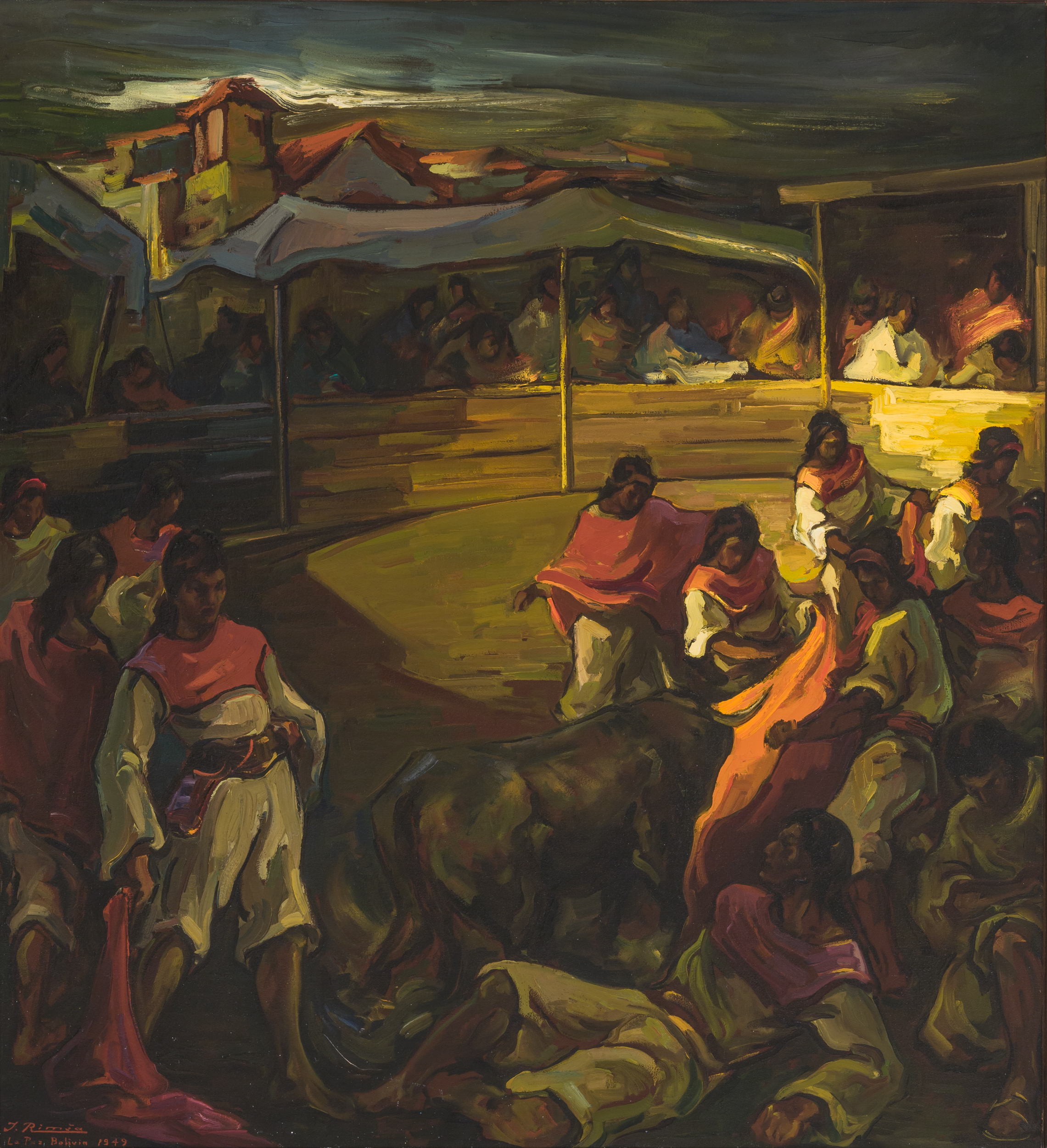 The Lithuanian Expatriate Art Foundation was established in 2010, with the mission to return to Lithuania works created by émigré artists around the world.

The Foundation launched the active phase of its operations in the spring of 2013, presenting to the public the early work of Jonas Rimša, one of the most prominent Lithuanian expatriate artists. Paintings by Rimša were displayed in the M. Žilinskas Art Gallery of the M. K. Čiurlionis National Art Museum, in an exhibition entitled "Bronze People. The Indian Spirit Revealed", curated by Nijolė Tumėnienė. In 2015, at the Vytautas Kasiulis Art Museum the exhibition "Jonas Rimša. The Magic of Fire and Jungle" was opened. The exhibition was organized on the basis of the collection owned by the Lithuanian Expatriate Art Foundation. In the same year, the Lithuanian Expatriate Art Foundation together with the Lewben Art Foundation has published a comprehensive overview of the creative life of Jonas Rimša in a book "Jonas Rimša. Returning Home".

Jonas Rimša was born on June 12, 1903 in Svėdasai and grew up in Kaunas. Bowing to the will of his father, he graduated from the best sewing school in Vienna, and afterwards, completely focused on studying art, he went further abroad to search for his destiny elsewhere.

The artist has painted close to 1,000 works and held over 30 solo exhibitions.

More works by Jonas Rimša from the collection of the Lithuanian Expatriate Art Foundation are available here.

"Algis Skačkauskas (1955-2009). Paintings" at the National Gallery of Art The Management Board of Artnews was announced