The Lewben Art Foundation’s exhibition “Networked Encounters Offline” will open on 19 September at 4 pm at the M. Žilinskas Art Gallery, as part of the Kaunas Biennial. 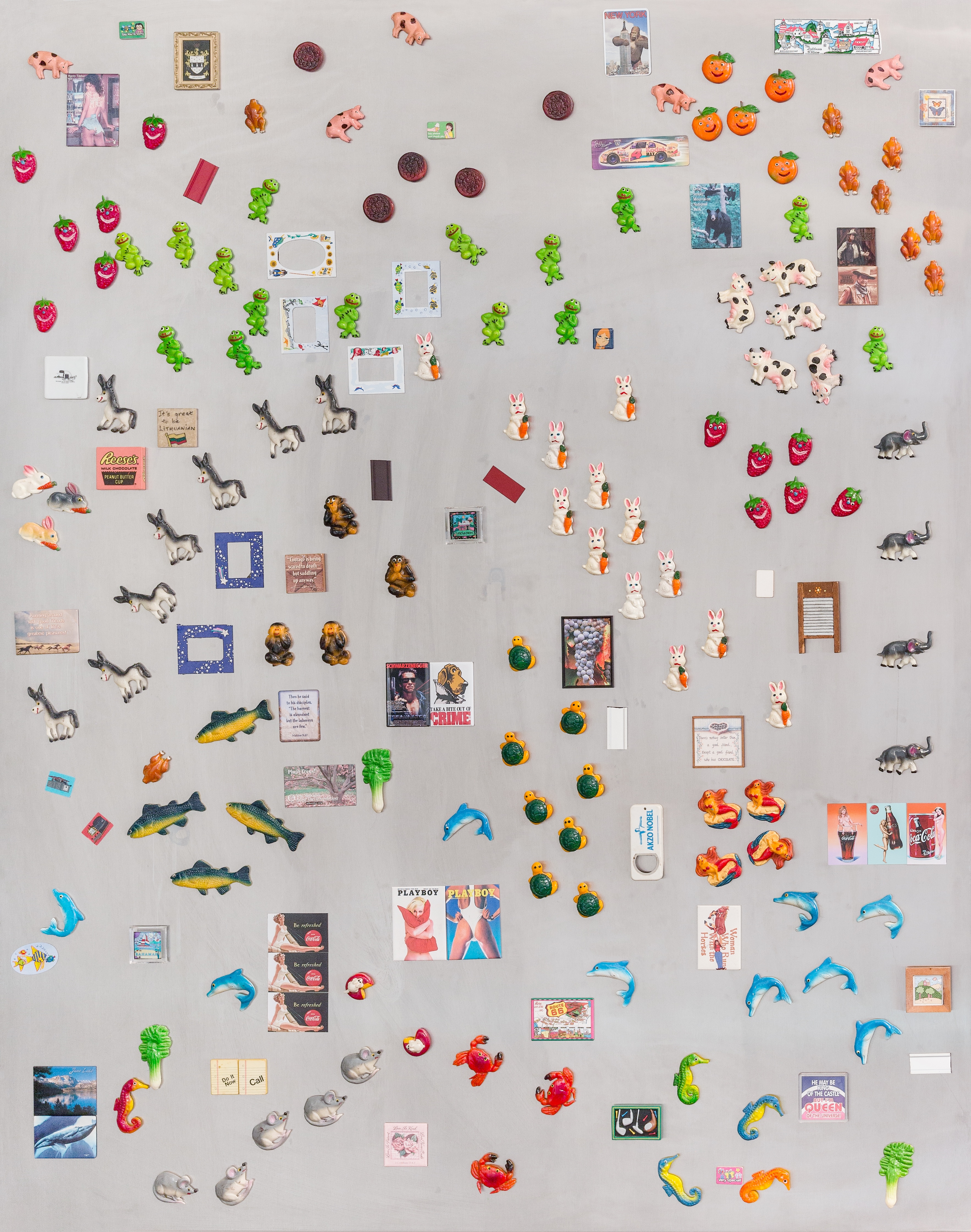 The Lewben Art Foundation’s exhibition “Networked Encounters Offline” will open on 19 September at 4 pm at the M. Žilinskas Art Gallery (Nepriklausomybės Sq. 12, Kaunas), as part of the Kaunas Biennial.

This year, during the Kaunas Biennial, the Lewben Art Foundation will present for the first time in Kaunas part of its collection of contemporary foreign artists: Ian Cheng (b. 1984, USA), Gabriele De Santis (b. 1983, Italy), Nick Darmstaedter (b. 1988 USA), Mohamed Namou (b. 1987 Algeria), Simon Denny (b. 1982, New Zealand) and Deimantas Narkevičius (b. 1964, Lithuania).

According to Francesca Ferrarini, the curator of the exhibition, thanks to digitalisation and the Web, we are bombarded by images everywhere we go today; and all these images are flat two-dimensional images, which we see mostly on computers. We are surrounded by a real world that is influenced by edited images of itself. It does not matter if we have never been to the Caribbean: we know what it looks like. It does not matter if we have never seen Boetti’s map in reality: we can count the stitches on Google Art Project.

The exhibition of the Lewben Art Foundation is about the encounter by a generation of artists who have been investigating the new aesthetics of the image, playing with materials, appearances and figures. The internet and digitalisation have influenced not only the way we all approach figures, but also the way artists do, on one hand, with the most classic forms of art, such as painting and sculpture, and on the other hand, using the latest technologies. Basically, what happens is the internet approach to things moves into real life. Let’s say the internet has started to be an environment, and it also exists offline.

At the exhibition N. Darmstaedter will present his works constructed out of discovered objects. Artist talks about contemporary life: the spam received every day through the internet, as well as false marketing slogans inviting to buy more. M. Namou creates large scale mixed media canvases, sculptures and installations exploring the production and life of imagery, its various aspects and sources. G. De Santis comments on the ambiguity of language, the locale of fine arts in contemporary culture and its connection to the written word. I. Cheng, working with game design, 3D and 4D realities, algorithmic modelling, live simulations, cartoons, painting, sculpture, film, photography and many more technologies and media, comments on the connection of contemporary people to digital life.

Meanwhile D. Narkevicius suggested a clever and new way to approach the offline world. Editing images, sounds, or files in general and proposing them with a completely different outfit, could in itself create new situations, as out of the original environment any object can have a new life. After data era we could have context-free data era. S. Denny explored aspects of technological evolution and obsolescence, corporate and neoliberal culture, national identity, tech-industry culture, and the internet and his work often refers to the psychology and abstract language of the new media economy, invoking ‘clouds’ of big data and the constant pressure to ‘update’ our lives.

Next to this event, in the exhibition ‘Threads: A Phantasmagoria about Distance’ in the main international Kaunas Biennial, curated by Nicolas Bourriaud (France), the world’s best-known curator, work from the Lewben Art Foundation’s collection by Katja Novitskova (b. 1984, Estonia) will be exhibited. The artist is interested in the evolution of humanity in the age of technology and the Internet. Inspired by materialist philosophy, she offers a critique and commentary on the way that thought and perception change in the inevitably linked realities of life and the media.

Moments from the opening of the exhibition “Networked Encounters Offline”, as part of the Kaunas Biennial Catalogue of the Lewben Art Foundation