In celebration of Internation Museum Day, the Lewben Art Foundation together with Lithuanian Expatriate Art Foundation have donated sixteen works of art by Jonas Rimša (1903–1978), often described as "Lithuanian Gauguin”, to both, Lithuanian Art Museum and M. K. Čiurlionis National Museum of Art. The donation also includes an artist's palette, letters and an easel. 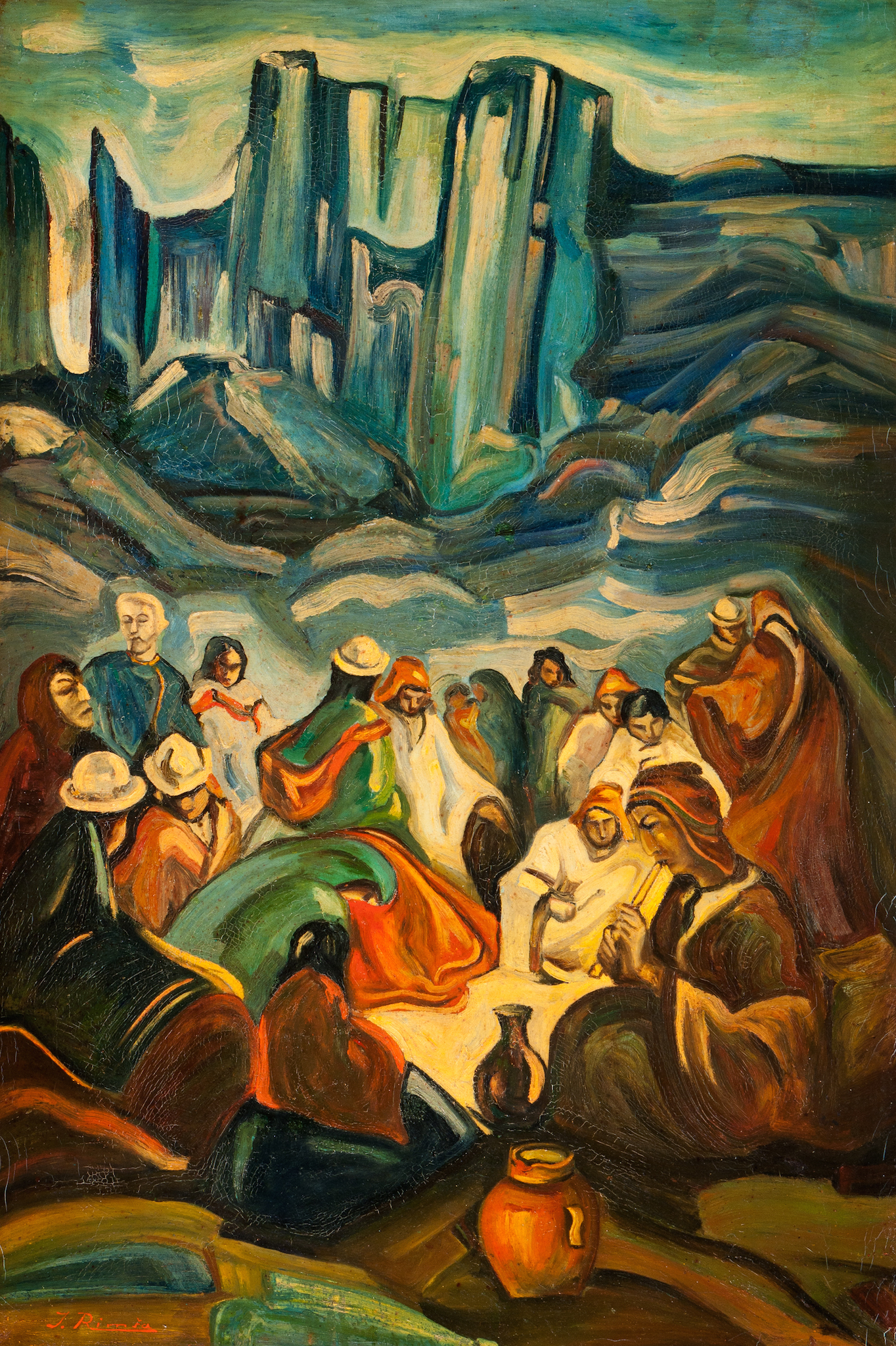 One of the most prominent Lithuanian-born artists who spread Lithuania‘s name abroad, Jonas Rimša (1903–1978) returned to Lithuania by courtesy of private collections. The painter has exceptional merit for the Bolivian culture: he was awarded the highest civilian award the National Order of the Andean Condor (1950), and conferred with the titles Honorable Citizen of the Bolivian State and Honorary Professor of the University of Sucre (1974). He has left a distinctive mark in Bolivian art as a painter and art educator, while Lithuania is interested in him as in the artist who has granted exotic colors to the Lithuanian fine art. He was the first Lithuanian artist who expressed serious interest in American Indians, and discovered their true spirit.