From 30 May to 2 June in the Lithuanian Exhibition and Congress Centre LITEXPO (Laisvės ave. 5, Vilnius) the international contemporary art fair ArtVilnius’19 will be taking place. This year both, international art fair "ArtVilnius" as well as art fair's exclusive partner "Lewben Group" celebrates their 10 year anniversaries. On this special occasion the Lewben Art Foundation will present an exposition "In Art We Trust" in the fair's project zone (Hall 4). The exposition includes works of Christian iconography from the Lewben Art Foundation collection varying from the 18th century to the works of contemporary, world-famous artists. This year the exhibition was prepared by a team of five curators: Ugnė Bužinskaitė, Francesca Ferrarini, Vilius Kavaliauskas, Virginijus Kinčinaitis and Sigita Maslauskaitė. For the first time, collector and chairman of "Lewben Group" and the Lewben Art Foundation V. Kavaliauskas is among the curators. 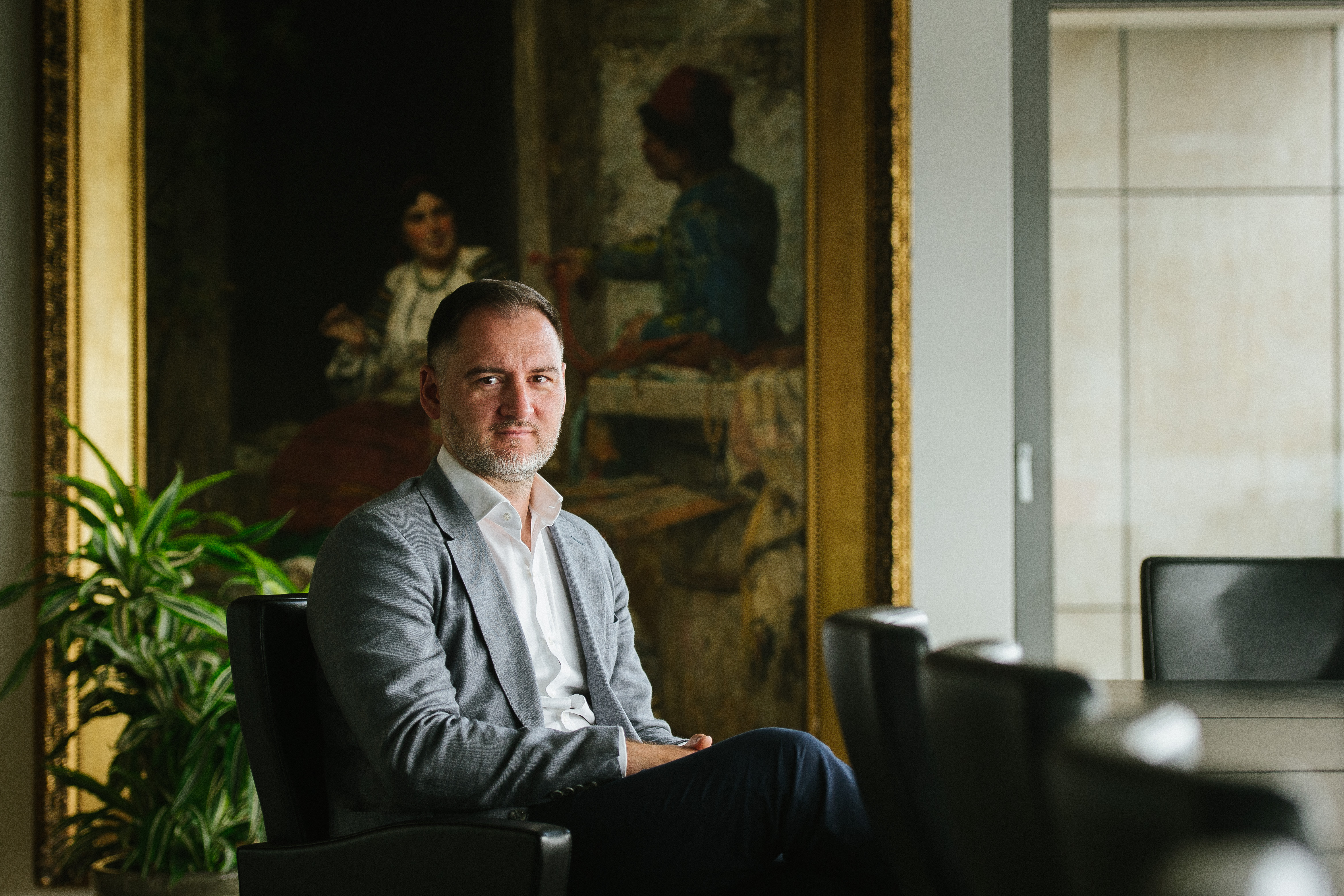 In Art We Trust. Conversation between collector Vilius Kavaliauskas and curator Ugnė Bužinskaitė

U. B.: ‘In Art We Trust’ is an exposition where trust in art is revealed through various interpretations of Biblical motives presented in the form of old and contemporary artworks from the Lewben Art Foundation collection. The artworks, which are part of this exposition, may be interpreted as a new modern-day religion that teaches us to live and take action. At the same time it is also a dialogue between the old and the new, which the viewers are invited to join when entering the exposition that boasts architecture, which interprets the traditional church plan. However, first things first, therefore, let us start by saying that the theme of Christian iconography appeared in the collection several years ago. It was your purposeful initiative, Vilius, as a collector to embark on it. Why this theme?

V. K. The theme is as old as Christianity itself. My first visits to museums seem to have been associated with Christian iconography. The same could be said about the works of the most famous old masters, for example, Leonardo Da Vinci’s The Last Supper, Michelangelo’s The Last Judgement or The Creation of Adam, and even Salvador Dali’s Crucifixion that together with many others became stuck deep in my imagination and had an enormous impact on my artistic taste.

U. B. The interesting thing is that as a result of your personal experience, including that with the old masters, you contributed, at the same time, to the creation of contemporary artworks by Lithuanian artists on the themes of Christian iconography. Several years ago you started commissioning paintings from Lithuanian contemporary artists and at the same time personally encouraged them to use these motives in their artworks thus reminding us all that this was exactly the way many pieces of artworks on Biblical themes painted by the old masters came into being: they were commissioned by sponsors and the church.  What encouraged you to start visiting artists’ studios?

V. K. The artworks that interpret Christian iconography are full of history, mystery and symbolism, which I find quite fascinating. Earlier in history the church was the main sponsor and commissioner of art, therefore, one of the main themes among the old masters was religion. In our collection we have artworks by the old Lithuanian-Polish masters, such as Wladyslaw Niewiarowicz or Szymon Czechowicz. It was really interesting to see the interpretation of contemporary artists, especially that of Lithuanian contemporary artists, on this theme. At first it seemed that artists tended to avoid the theme and that only a few painters, for example, Sigita Maslauskaitė-Mažylienė or Patricija Jurkšaitytė, are not afraid of it. However, after conversations with several young artists I understood that the theme is not quite alien to them, but that it is not that topical either. Thus, we decided to cooperate and commission several pieces of artworks on the theme. The cooperation resulted in the large-scale works by Andrius Zakarauskas The Thursday and Adomas Danusevičius The Kiss of Judas that we see displayed as part of the Lewben Art Foundation’s exposition ‘In Art We Trust’.