In spring 2017 the book "Public Space? Lost and Found" was published. It is a collection of essays, projects, and interviews on the shape and status of public space-making in art and architecture today, produced by MIT Program in Art, Culture and Technology (ACT) and distributed by MIT Press. The Lewben Art Foundation has supported the publication. 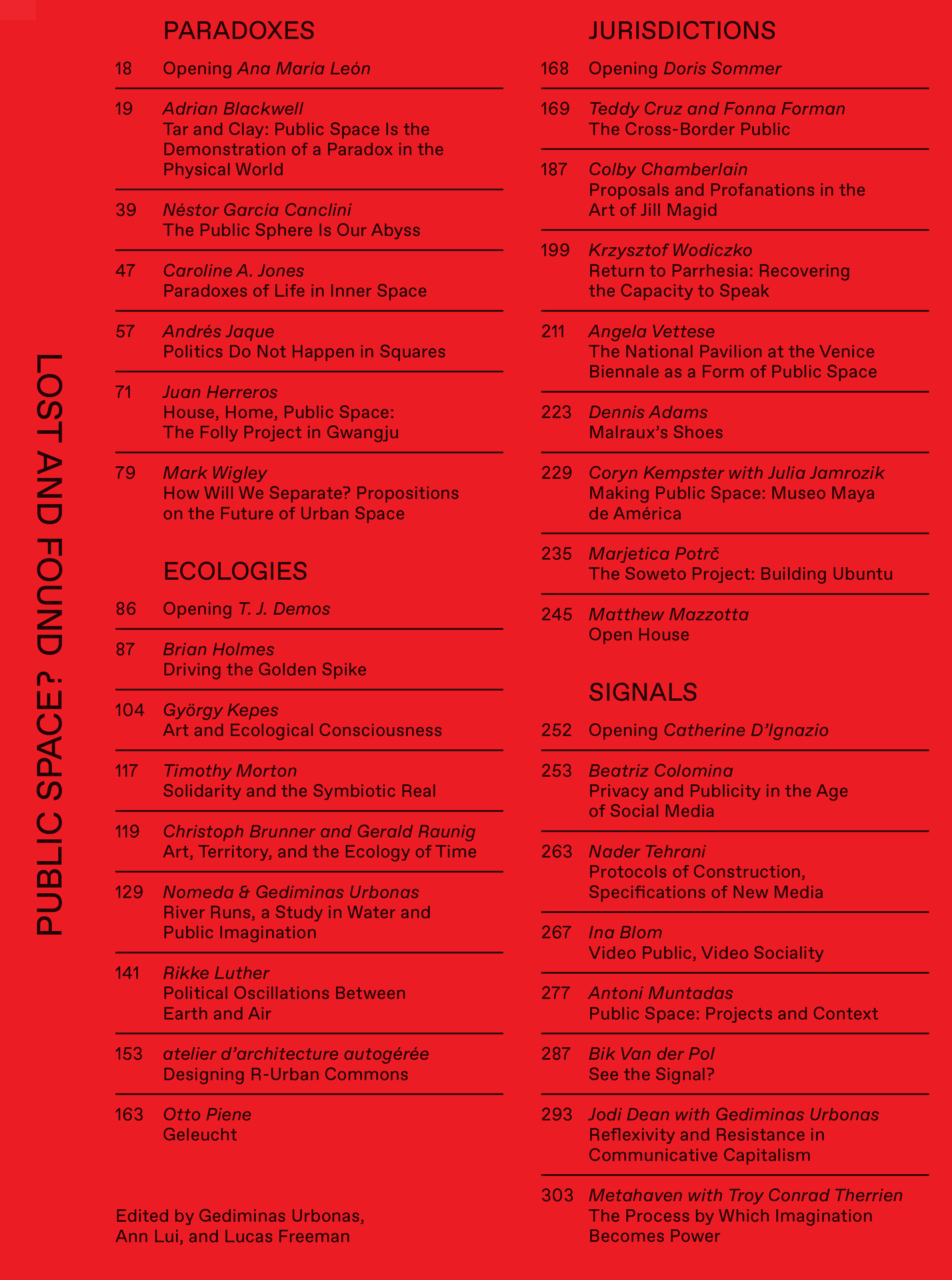 “Public space” is a potent and contentious topic among artists, architects, and cultural producers. "Public Space? Lost and Found" considers the role of aesthetic practices within the construction, identification, and critique of shared territories, and how artists or architects—the “antennae of the race”—can heighten our awareness of rapidly changing formulations of public space in the age of digital media, vast ecological crises, and civic uprisings.

"Public Space? Lost and Found" combines significant recent projects in art and architecture with writings by historians and theorists. Contributors investigate strategies for responding to underrepresented communities and areas of conflict through the work of Marjetica Potrč in Johannesburg and Teddy Cruz on the Mexico-U.S. border, among others. They explore our collective stakes in ecological catastrophe through artistic research such as atelier d’architecture autogérée’s hubs for community action and recycling in Colombes, France, and Brian Holmes’s theoretical investigation of new forms of aesthetic perception in the age of the Anthropocene. Inspired by artist and MIT professor Antoni Muntadas’ early coining of the term “media landscape,” contributors also look ahead, casting a critical eye on the fraught impact of digital media and the internet on public space.

This book is the first in a new series of volumes produced by the MIT School of Architecture and Planning’s Program in Art, Culture and Technology.

Produced by the MIT Program in Art, Culture and Technology (ACT)