On September 30 an exhibition of Jonas Rimša (1903-1978) “Life in wanderings” from the collection of Lithuanian Expatriate Art Foundation opened its doors in Anykščiai Chapel - Creative Center of Anykščiai Residents of the World (Vilniaus str. 36, Anykščiai). 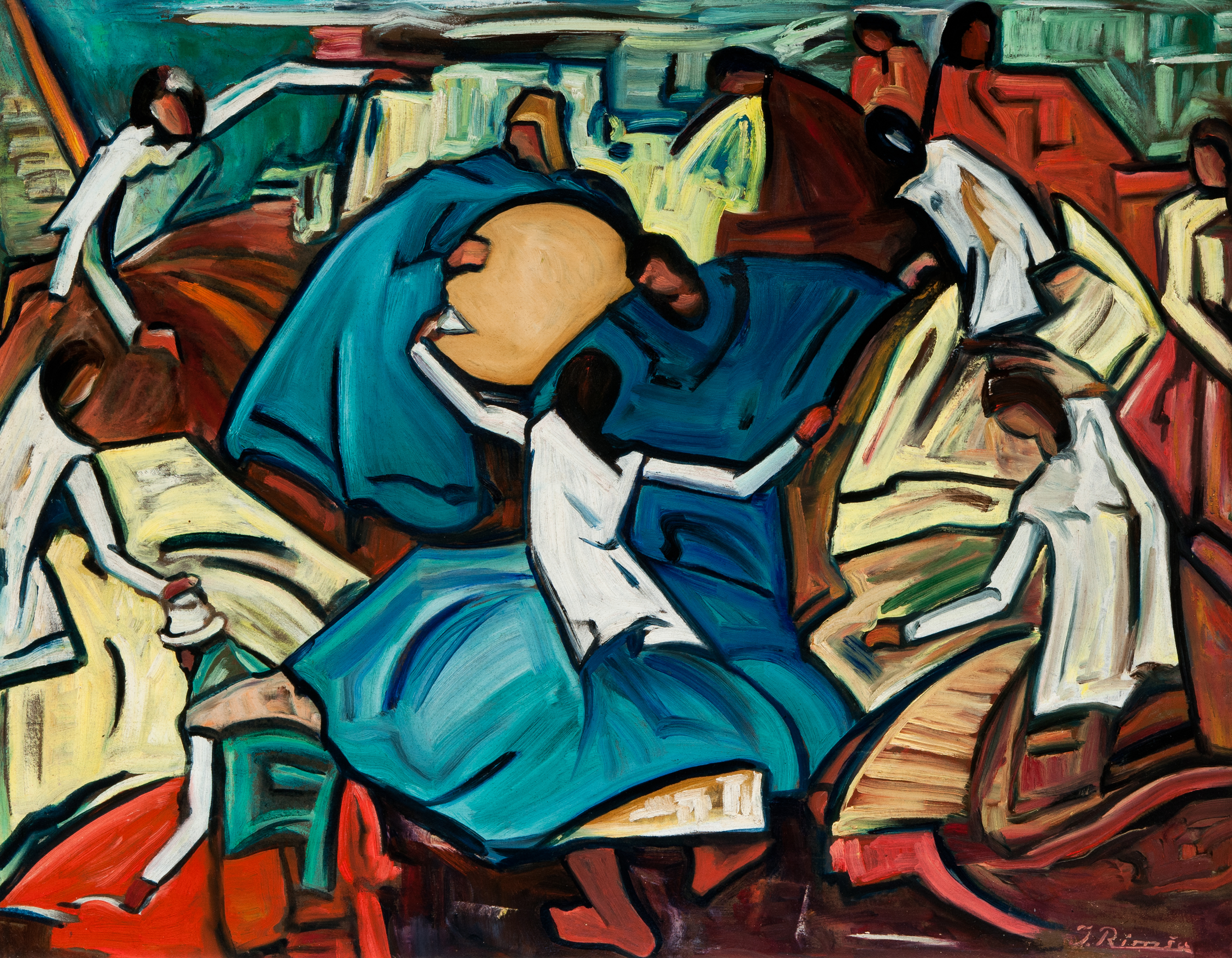 On September 30 an exhibition of Jonas Rimša (1903-1978) “Life in wanderings” from the collection of Lithuanian Expatriate Art Foundation opened its doors in Anykščiai Chapel - Creative Center of Anykščiai Residents of the World (Vilniaus str. 36, Anykščiai).

Jonas Rimša (Juan Rimsa) was born in 1903 in Svėdasai, Anykščiai Region and grew up in Kaunas. Bowing to the will of his father, he graduated from the best sewing school in Vienna, and afterwards, completely focused on studying art, he went further abroad to search for his destiny elsewhere.

Jonas Rimša was honoured in the cultural sphere in Bolivia, being presented with the highest distinction given to civilians, the Cóndor de Los Andes award. He was also made a Honourary Citizen of Bolivia. The Bolivian Government acquired approximately 300 paintings from the artist and distributed them among the most significant national offices. The epic and impressive painting by Rimša, “The Founding of La Paz” (1948), is displayed in the Bolivian capital’s Municipal Hall. Several of his works also hang in the Central Bank in La Paz, as well as in the homes of private buyers.

In 2002 paintings by Jonas Rimša from the collection of the National M. K. Čiurlionis Art Museum were exhibited in Anykščiai Chapel. President Valdas Adamkus, who was a friend of the artist Jonas Rimša and maintained close ties with him 1958 before his death, participated in the opening of the exhibition and told about the artist's life and creative path.

In this year's exhibition the artist’s works form the collections of Lithuanian Expatriate Art Foundation are presented. Selected artworks will allow to acknowledge with the creative world of Jonas Rimša and evaluate the entirety of his creative work.

Works from the collection of Lewben Art Foundation presented in contemporary art gallery Vartai The exhibition of Jonas Rimša at M. Žilinskas Art Gallery in Kaunas