On 7 November at 6.30 pm, the personal exhibition by Eglė Karpavičiūtė "Making Myself" will open at the Rooster Gallery (Gynėjų st. 14, Vilnius). The show includes two artworks that belong to the collection of the Lewben Art Foundation. 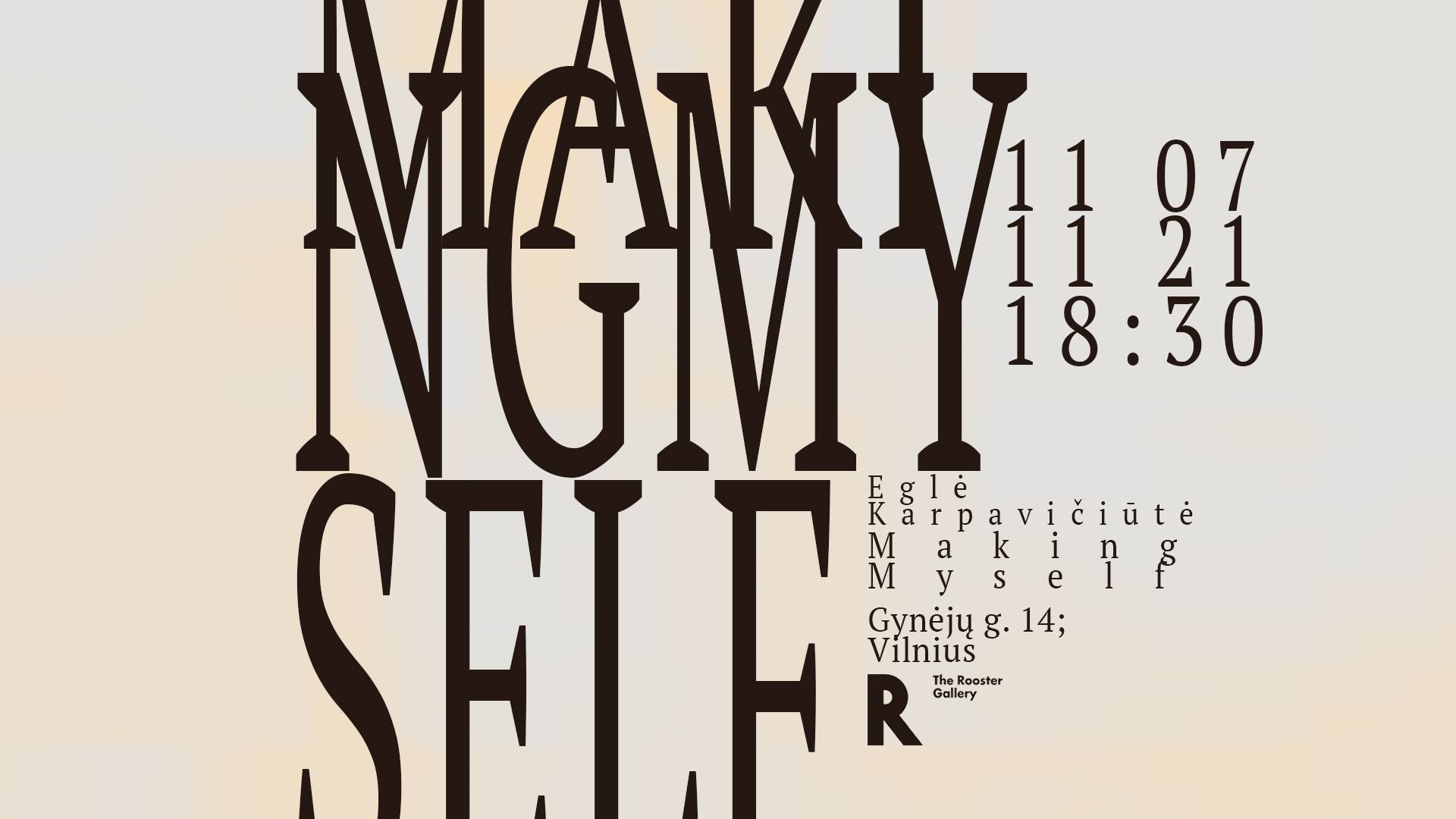 The object of the artist’s creative research is the world of culture, above all, visual culture. The key motifs of Karpaviciute’s paintings are eminent works of art (paintings, performances, installations, ready-made works), architectural objects and other cultural artefacts. While applying the principle of a painting within a painting (more generally, a work within a work), and repainting the works by famous artists, Karpavičiūtė questions their universal perception, the concept of originality of a work, and the status of an artist. She captures temporary forms of artistic expression and art structures with the help of the long-lasting painting medium, thus evaluating the relation of painting to other branches of art and as if emphasising the supremacy of painting which has been on top of the hierarchy of art for several centuries (though there were multiple attempts to dethrone it). A considerable part of the artist’s work consists of painted exhibitions of art works. Uniformly white gallery spaces represented in her paintings speak about the contemporary features of art presentation and the habits of its consumption, and addresses the problems of a spectator and art consumer. Along with classical monuments of art history, elements of popular culture find a place in Karpaviciute’s paintings and acquire the status of a legitimate art object, thus expanding the boundaries of the understanding of art.

Karpavičiūtė's painting is not only a photographic recording and documentation of short-lived phenomena, but also their interpretation. Karpavičiūtė is distinguished among other artists of her generation by her pensiveness and philosophical inclination. While extracting the depicted objects from their customary context and adding new meanings, the painter asserts the illusory character, temporality and fragility of the visible reality, and encourages us to doubt the material shapes and ponder on the meaning and nature of various phenomena. Thus, her works raise more questions than offer answers to the viewers. Her laconic painting expression (a transparent layer of paint, generalised forms) and subtly nuanced colour combinations subdue the compositions, which address urgent and provoking cultural problems, and open much space for meditative reflection.

Eglė Karpavičiūtė (b. 1984) is a painter of the young generation who joined the Lithuanian art scene already as a student of the Vilnius Academy of Arts and has been its active participant ever since. She held several solo exhibitions and participated in dozens of group exhibitions in Lithuania and abroad; her works were exhibited in prestigious art institutions (National Art Gallery and Contemporary Art Centre in Lithuania, KUMU Art Museum in Estonia, Contemporary Art Centre PasquArt in Switzerland, and elsewhere), her works are also held in the collections of the MO Museum, the Lewben Art Foundation and the National Gallery of Art. In 2015 Eglė Karpavičiūtė became the winner of two prestigious art contests: “Premio Combat Prize 2015” and international art competition “Donkey Art Prize”. In 2013, artist received an individual state grant of the Ministry of Culture of the Republic of Lithuania. In 2011, painter became a finalist of the prestigious competition “The Sovereign European Art Prize” in Istanbul. The artist is a multiple finalist and winner of the audience prize at the competition “Young Painter’s Prize”.