Solo exhibition of Deimantas Narkevičius "Sounds Like the XX Century"

At the gallery Vartai solo exhibition of Deimantas Narkevičius "Sounds Like the XX Century", sponsored by Lewben Art Foundation, has been opened. 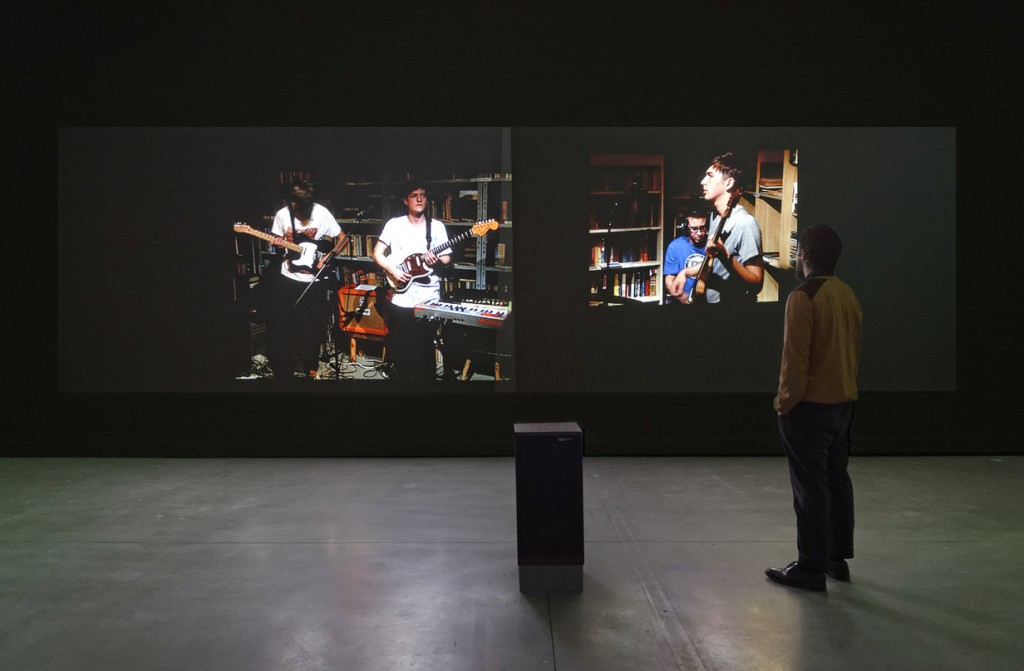 Deimantas Narkevičius. Whatever You Play, It Sounds Like the 1930s. 2012

On 9th September at the gallery Vartai solo exhibition of Deimantas Narkevičius "Sounds Like the XX Century" opened its doors. He is one of the most internationally renowned and acclaimed Lithuanian artists with his work widely represented in museums, art institutions and galleries around the world.

The installations and films of Deimantas Narkevičius are often described as artistic research into the relationship between historical documents of political repressions and our memory. The artist is particularly concerned with the way representation is used to construct the perception of truth and reality, and the influence personal and collective experiences, as well as the medium itself, have on the latter. Art critic Neringa Černiauskaitė notes in her description of the artist's work that Narkevičius 'adopts a program that combines the modalities of a completely free artist and authoritarian television, and becomes an editor or, rather, a "moulder" of "reality" information whose academic background in sculpture enables him to approach images from a distinctive spatio-temporal perspective.'

Curated by the artist himself, Sounds Like the XX Century presents films, installations and objects from various periods that have not yet been shown to a Lithuanian audience. Sound becomes the exhibition's central formative element and principal agent. It disperses in space, migrates from one hall to another and undergoes various transformations, spawning different contexts, meanings and semantic centres of gravity.

Deimantas Narkevičius (b. 1964) represented Lithuania at the 49th Venice Biennale in 2001, and received the prestigious Vincent van Gogh Award and the Lithuanian National Culture and Art Prize in 2008. He has participated in Manifesta 2 and Manifesta 10, the Istanbul, São Paulo, Busan and Gwangju contemporary art biennials, Sculpture Projects Münster, as well as the Rotterdam, Oberhausen and Berlin international film festivals. Works by the artist are in major private and state art collections including MoMa in New York, Tate Modern in London, Reina Sofia Museum in Madrid, the Louisiana Museum of Modern Art in Copenhagen, Musée d'Art Moderne de la Ville de Paris, the French National Collection, and many others.

The exhibition runs till 24th October.