On April 19 2016 the opening of the exhibition "Ligaments" by Andrius Zakarauskas, an artist of the younger generation, will take place at Vartai Gallery. This exhibition, an overview of the artist’s work during the past ten years, has symbolism for both the artist and the gallery. Ten years ago Vartai Gallery held Zakarauskas’s first solo exhibition, after which the gallery became home to his artworks. "What were these ten years with Vartai Gallery like?" asks the artist. A rhetorical question that has encouraged a search for old and new links. Or ligaments, the connective tissues that unite. 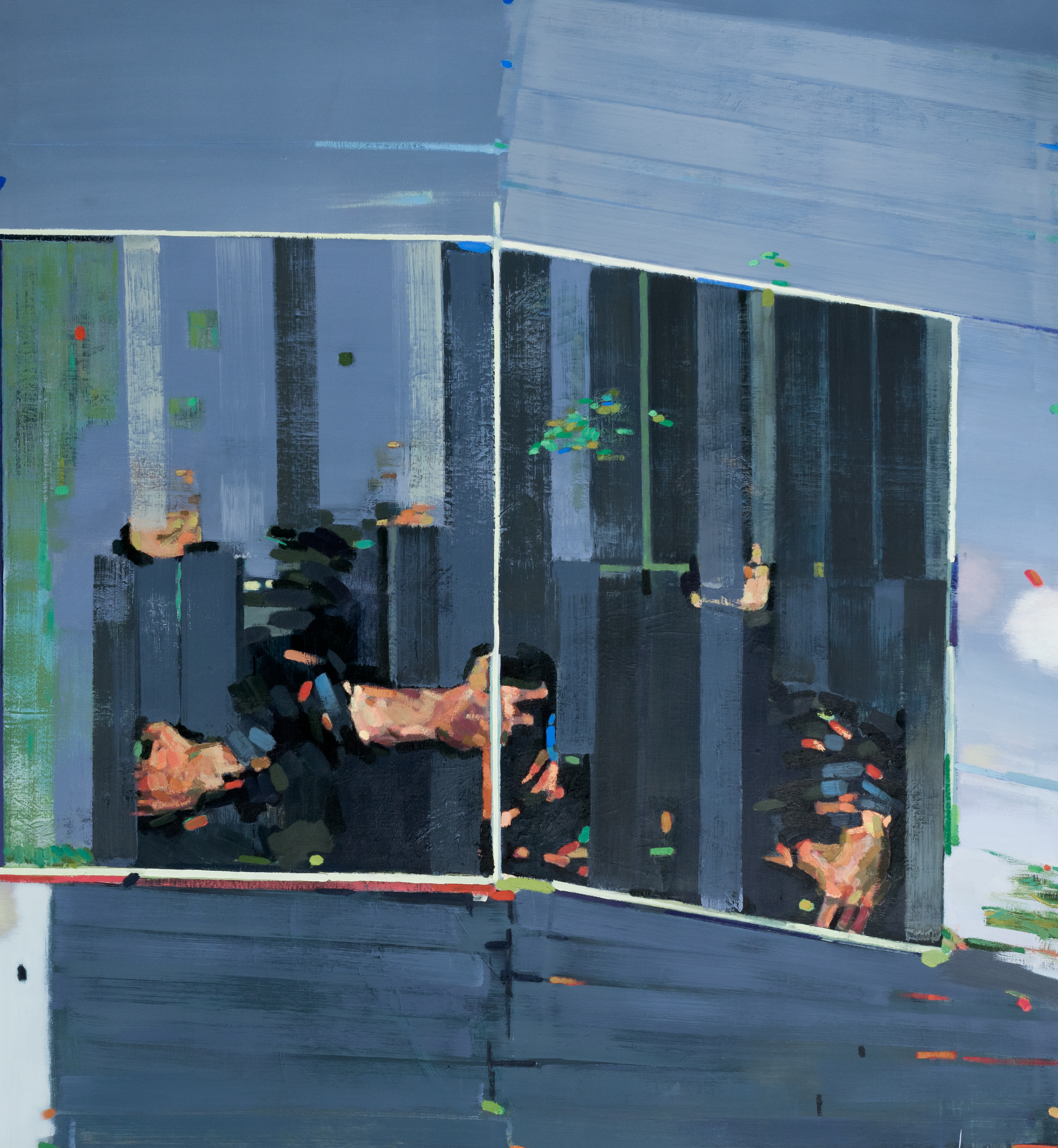 Artistic beginnings. The title of the exhibition in 2006 was Exposition; I stood in front of the canvas, still a youngster and with a girl in the clouds or somebody with a lion’s head. Small and fragile figures in big formats. I was talking about the fragility of the character on a television screen. A little bit later I was shouting “Learn to Paint” and “Enough of Myself”.

In Ligaments I am trying to grasp the links or consonances with earlier artworks, the relationship with earlier painting. The “old” and “new” artworks reflect the principle of exposition. It is kind of a constant repainting of paint. What was created and painted earlier now is repainted, reconsidered. In this way I portray the act of painting itself. It is not a repetition of it all. “The same” image that is being painted changes and depends on the experience of a coincidence. The paint turns into a young woman, then into a man, and from the man into a painting. That man was the painter, who finally turned into paint again. My latest artworks are “new-old”. They are a transformation of images that I had created before into paint, into a painting and back again. This is the way space constructs itself. I am still looking for the form of a television screen created in paint and at the same time for the relation between the viewer, the painter and the painting. The artist seems to be the same as ten years ago, he is after all also a viewer as well as a character that observes the painting, tries to repaint it and see it anew.

I am interested in the quicksilver of television. I used to say that it is not black or white; it is quicksilver that is lifting us above the asphalt. Now the quicksilver around us is so dark, as are slogans echoing from the distance of time. I wanted to teach myself, the viewer and the character. After all, the word occurs from observation, and from what is around or from whatever I want – connections. Now I am trying to enjoy painting more than shouting slogans. Earlier I used oil paint more and acrylic paint was like plastic to me. I introduced acrylic which creates a distance between oil paint and water-based acrylic. Ligaments unite and separate. From the conversation between the old and the new something else comes into being. I invite the viewer for a conversation.

Andrius Zakarauskas (b. 1982 in Kaunas) attended the A. Martinaitis Art School in Kaunas and then studied at the Vilnius Academy of Arts and the Miguel Hernández University of Elche in Spain. The artist’s works have been displayed in galleries and art fairs throughout the world, including Lithuania, Austria, Italy, Germany, the Netherlands, United States, and others. He was awarded first place in the Young Painter Prize competition. Zakarauskas’s works have been acquired by the Modern Art Center, Lewben Art Foundation and other private and public collectors in Lithuania and abroad.

"Skateboard Prayer, or Head Below the Heart" by Eglė Budvytytė Moments from the opening of the exhibition “From Realism to the Object. Lithuanian World Art in the Collection of the Lithuanian Expatriate Art Foundation”